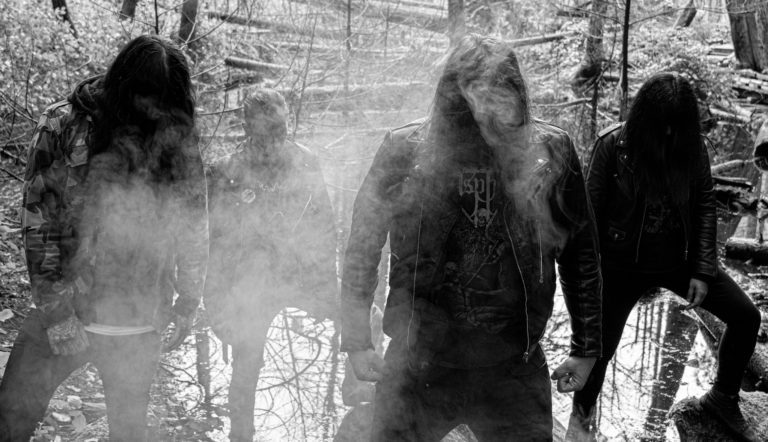 Vancouver, BC-based death metal outfit Grave Infestation premiere a new music video titled “Conquest of Pestilence”, taken from their upcoming new album “Persecution of the Living”, which will be released on vinyl (two variants) and digitally on June 3rd, 2022.

“While we couldn’t play live over the past couple years, I thought this was a good time to make a music video and produce it ourselves. We came up with a concept and had a very clear vision based on several references and a loose storyline that we developed. We reached out to friends with skills in special effects, access to corpses, and even spaces to film. Neptoon Records let us use their dingy basement to film, complete with hazards, spiders and rusty nails all over the floor. Our friend Jackie West handled makeup and disgusting effects, and the reaper was played by our friend Corpse, who also brought his motorcycle for the video. Once we had the concept sorted, we reached out to our friend Max Montesi to do the filming and directing, and he killed it.”