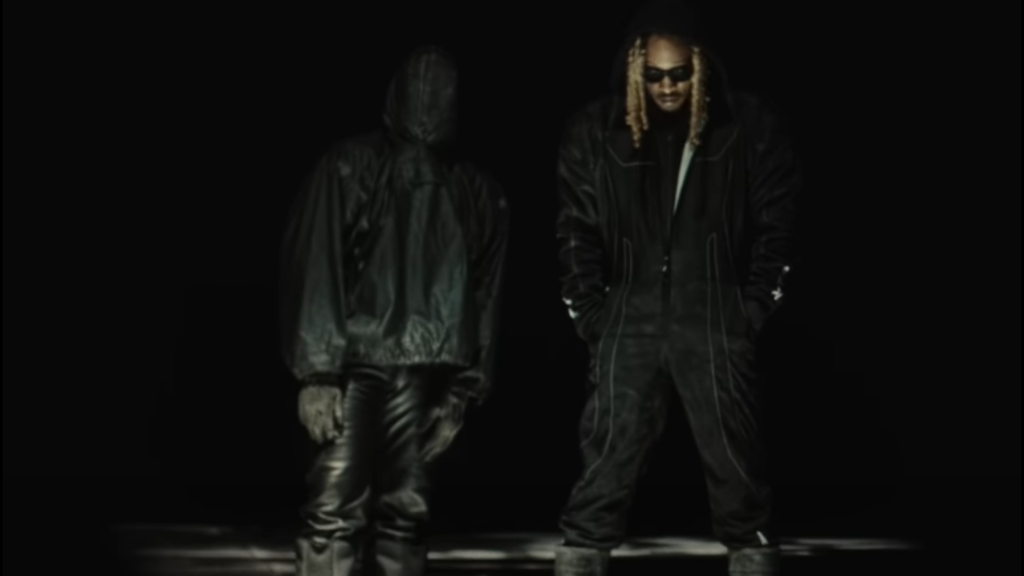 Future has unveiled the official music video for his new single, “Keep it Burnin” featuring Kanye West. In the Rick Nyce-directed visual, the pair is surrounded by darkness as they give off a clandestine vibe. Future and West trade verses in the center of a spotlight while in the company of mysterious figures. Each dressed in all-black, with Future cloaked by a hood and Kanye donning a mask, the duo delivers one of the murky, yet intriguing videos of the year thus far.

The visual for “Keep It Burnin” coincides with the release of Future’s new album, I NEVER LIKED YOU, the rapper’s first full-length offering since his 2020 effort High Off Life. Running 16 tracks in length, his ninth solo album includes guest appearances from Drake, Young Thug, Tems, EST Gee, Gunna, and Kodak Black. Word on the web (and according to music executive Scooter Braun) is that a deluxe version of the LP will arrive soon.

The past few years have been relatively quiet for Future on the solo front, as he spent much of last year and early 2022 in a collaborative setting, dropping the joint-album Pluto x Baby Pluto with Lil Uzi Vert, appearing alongside Drake on his Certified Lover Boy single “Way 2 Sexy,” and serving as executive producer of West’s Donda 2 album.

Stream Future’s I NEVER LIKED YOU album below.