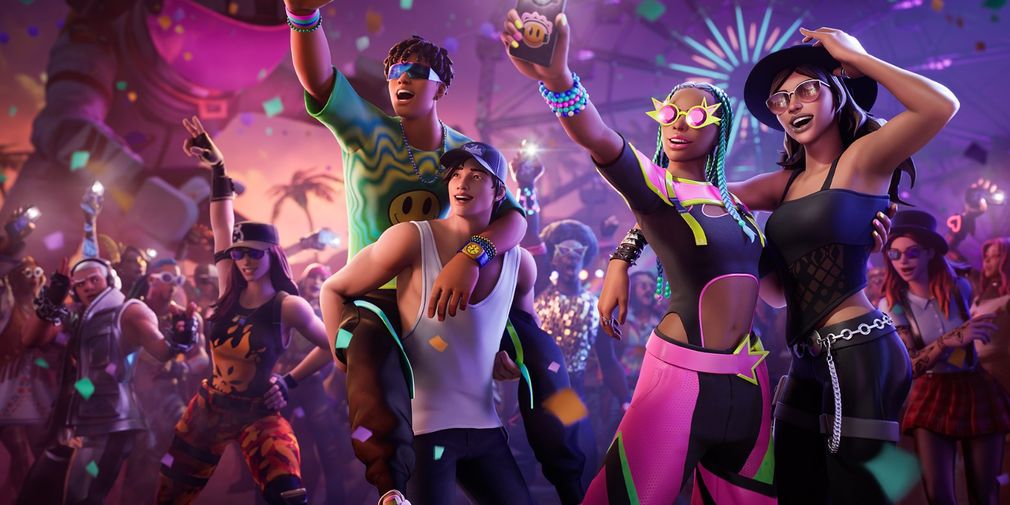 Fortnite is no stranger to massive collaborations, and the latest on that increasingly large list is the massive United States music festival, the Coachella Valley Music and Arts Festival. A well-known event in the States, Coachella is essentially a massive music festival that also features a ton of local art exhibits on display as well.

And to capture that essence, Fortnite plans to add a brand-new set of skins inspired by the fashion and vibe of Coachella. The first of the two skins is Wilder, a seemingly simple skin on the surface, but one that is reactive, meaning it will change colours and morph shapes as you play.

The second of the two, Lyric, is the female counterpart to Wilder. This one features a darker outfit with some pretty cool shades and is also reactive, so she will change colours and visuals during matches. Of course, both of these skins come with new back bling, glider, and weapon wrap as well.

And to sweeten the deal even further, on the 22nd, another two new skins will be hitting the shop as well. There are no specifics on these two, but we do know that their names are going to be Alto and Poet. The bundle will contain the Softest Electropalm pickaxe, the Cactical Crusher pickaxe, a Mainstage wrap, and a loading screen called Enter the Coachellaverse. Altogether this evens out to over 10 new cosmetics available for sale over the course of only one week, so it’s clear Fortnite is serious about this collaboration.

All of this is to say, Coachella is a massive event, so while it may not be a big shock to see the most massive video game out there collaborating with them, it is still very cool! And some of these skins look super good as well. If you’re interested in getting involved, you can find Fortnite for free on the Epic Games website.