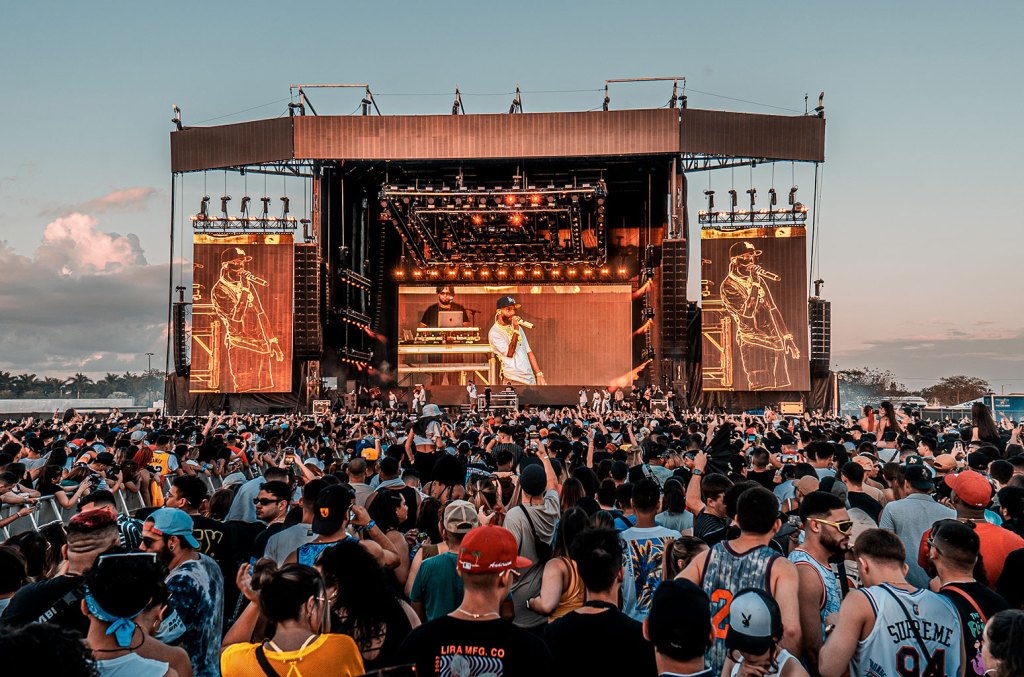 Despite its inaugural event taking place in February 2020 in Miami, just weeks before the COVID-19 pandemic hit, founder and partner Javier Caso not once thought the festival was going to flop. “It was a win or lose but we knew at the end of the day that if we were doing something we love, it would be reflected through the product we put out,” he tells Billboard.

It was definitely a win for Miami-based organizers Caso, David Adan, Lesty Adan, Kirk Taboada and Ian Ruzal-Bron as the music festival returned in 2021 for two summer shows in Orlando and two winter shows in Miami, racking up more than 90,000 collective attendees.

Now they are trying their luck on the West Coast, making their debut stop in Las Vegas this weekend (April 30-May 1), promising a lineup with more than 30 urban acts each day, including Anuel AA, Don Omar, Nicky Jam, Rauw Alejandro and Tego Calderon, to name a few.

“It’s the party capital of the U.S., possibly the world, so why not throw one massive party in the desert?” says Taboada, who’s produced events in Miami since 2005. “Las Vegas is a huge market and since there are a lot of residencies and festivals there, we felt Latin [urban] needed to be represented as well.”

“That’s our DNA. We want to give new artists the opportunity to shine, and that’s why we do the three-stage concept,” Ruzal-Bron explains. “We know we’re taking some big dips on these up-and-coming acts, but we’re not going to stop because the genre has so much growth to do. We’re really looking forward to seeing how fans on the West Coast react to that.”

Or as Caso simply put: “We are honoring the past, the present and the future.”

Up next, Vibra Urbana is set to return to Orlando’s Central Florida Fairgrounds in the summer, with confirmed acts Farruko, Myke Towers, Eladio Carrion, Lunay and many more. In between festivals, they will kick off a concert series called “Vibra Urbana Presents” beginning May 14 with Blessd in Miami’s “Oasis.”

“We want to be the biggest party in reggaeton,” says Ruzal-Bron. “We’re going to start doing hard-ticket shows for acts that we believe in and have great relationships with. There was a void in the South Florida market for good concerts for some of these not arena-level reggaeton acts.”

“We’re giving these artists who have a lot of momentum a platform,” Caso elaborates. “We’re helping out the artists, we’re helping out the brand, and we’re proving more parties for our fans. Vibra Urbana is our baby but it also has the connotation that it goes beyond a music festival.”