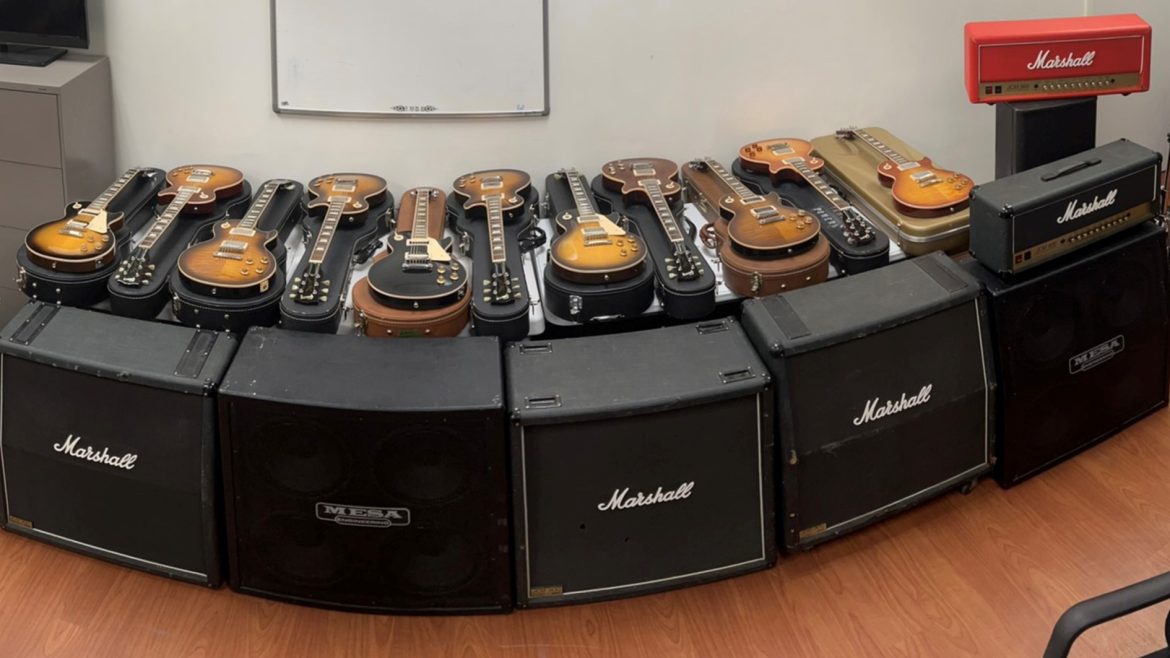 A Florida man is on the run from law enforcement after allegedly purchasing 11 Gibson Les Paul electric guitars and a selection of other music equipment using an elderly woman’s credit card.

According to the Volusia County Sheriff’s Office, 49-year-old Mystery Shiloh Demarest was given access to the 78-year-old woman’s credit card to buy groceries after he moved into her house to care for her sick husband.

Police say just days after Demarest obtained the credit card, large packages started being delivered to the house. Demarest blamed the purchases on his girlfriend, vowing to return them and correct the mistake, though he never did.

Demarest and the elderly woman subsequently lost touch, but the woman says she continued to find charges on her account for guitars – purchased from Reverb.com and The Guitar Attic – and other musical equipment, as well as a rental storage unit in DeLand, Florida.

The woman was able to find the storage unit listed for auction on a StorageTreasures.com, with a photo of the opened unit showing the guitars and music equipment inside.

After obtaining a search warrant, police visited the unit to discover 11 Gibson Les Pauls and a host of other music equipment including guitar amps, drum sets and more, totalling around $17,000.

While the whereabouts of Mystery Shiloh Demarest remain unknown at this time, detectives with the Volusia County Sheriff’s Office are working with law enforcement in Raleigh, North Carolina, as this was the last place he used the credit card to book a hotel room.

Gibson Les Pauls are hot property among those at odds with the law. In the past few years alone, we’ve seen an entire pallet of Adam Jones 1979 Les Paul Customs – worth a total of $95,000 – pinched from the back of a Sweetwater truck, and even a man who stole an $8,000 Les Paul from a music store in Ontario by cramming it down his pants.

But guitars in general also remain a common target for thieves. In 2021, police in California recovered 9 stolen vintage guitars – including two 12-string Rickenbackers and a Gibson Chet Atkins Classical electric – worth an estimated $225,000.

Sam is a Staff Writer at Guitar World, also creating content for Total Guitar, Guitarist and Guitar Player. He has well over 15 years of guitar playing under his belt, as well as a degree in Music Technology (Mixing and Mastering). He’s a metalhead through and through, but has a thorough appreciation for all genres of music. In his spare time, Sam creates point-of-view guitar lesson videos on YouTube under the name Sightline Guitar.