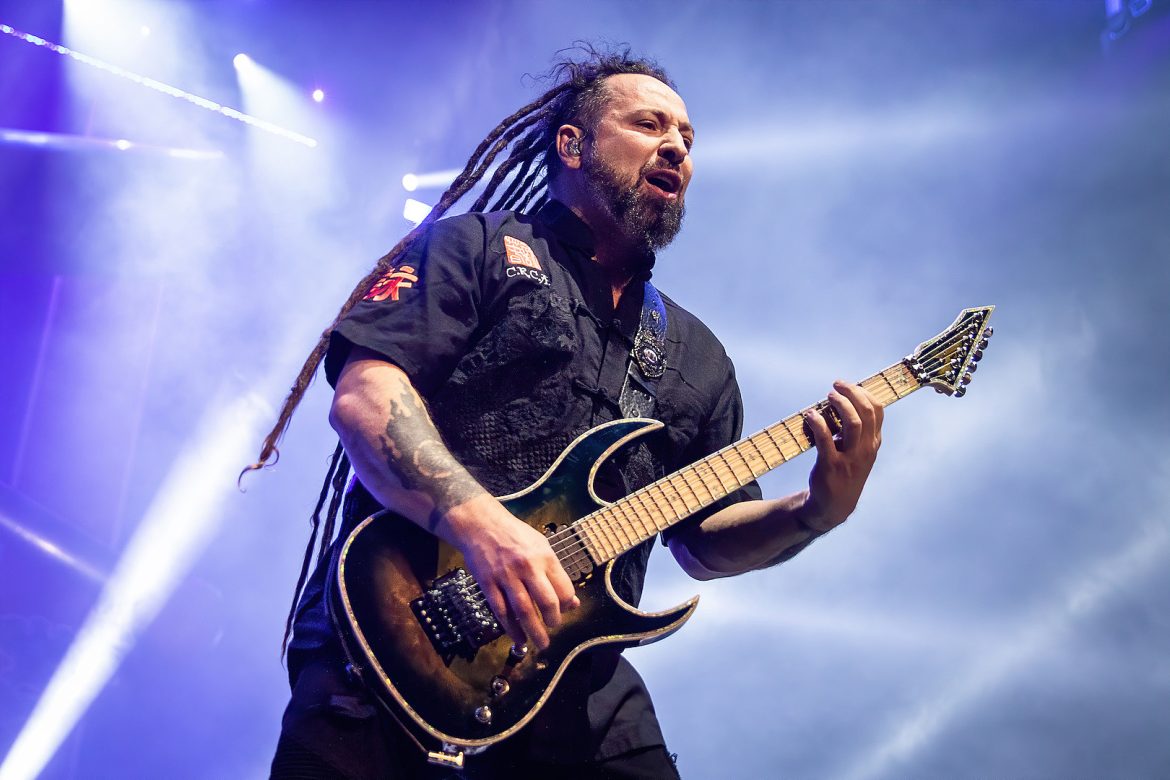 Five Finger Death Punch just officially announced their upcoming new album Afterlife last week, and if you’re wondering about the inspiration for its title, it’s based on real encounters that both Ivan Moody and Zoltan Bathory have had. The guitarist actually described what a near-death experience feels like in an exclusive interview with Loudwire Nights host Toni Gonzalez.

“The reason we called it Afterlife, Ivan and I share a couple of experiences that, generally are private things people don’t really talk about, but we both had near-death experiences being on the other side,” Bathory admitted. “If you get to talk to people who flatlined before or died before, obviously you’re gonna have a lot of questions.”

The guitarist elaborated that he and Moody often have existential conversations and question the meaning of life and what happens after we die. These topics were especially prevalent around the time that they were making the album, so there’s a centralized theme.

“Ivan generally writes very personal lyrics anyway, if you read his lyrics from [The Way of the Fist], he’s an open book, it’s his life and his experiences. So everything is very personal, nothing is fictional. We’re not talking about mythology or historical events really, it’s all real and actual events and actual feelings that he has,” Bathory added.

The rocker then described what it’s like to see your life flash before your eyes when you’re on the brink of death.

“If you look at it that way… that’s a linear way of thinking. So when you say something flashes in front of your eyes, your perception of that particular thing sounds like one thing happens after the other, because that’s how our mind thinks — the human mind thinks linearly, at least in our everyday conscious mode… it’s tied to a timeline,” he explained.

“So when you say, ‘My life flashed in front of my eyes,’ you imagine almost like a movie. It’s not like that. It all happens at once. So you’re aware of all of it at once, it’s almost like your mind explodes into these billion little facets and you’re all of a sudden aware of all the things that happened — everything at the same time.”

Afterlife serves as FFDP’s ninth studio album and will be available Aug. 19 via Better Noise Music. Pre-order it here now, and check out their 2022 tour dates in the meantime to see if they’re playing in a city near you. To hear more details about the upcoming album, follow Loudwire Nights on Twitter to see when the full interview with Bathory is set to air.

Loudwire Nights with Toni Gonzalez airs nightly starting at 7PM ET. You can tune in anytime, from anywhere right here or by downloading the Loudwire app.

14 Rock + Metal Artists That Give Back

These artists do so much to give back to a wide variety of communities and causes.