Fresh off the exciting musical mayhem that is the Hatsune Miku x Figure Fantasy collab, the figurine-themed mobile RPG from Komoe Technology Limited is once again welcoming a new set of figures into the game. In the Figure Fantasy x That Time I Got Reincarnated as a Slime crossover event, players can expect new figurines and tons of cool in-game giveaways for a limited time.

Figure Fantasy is welcoming the popular That Time I Got Reincarnated as a Slime IP into the game along with all-new limited figurines “Rimuru Tempest” and “Milim Nava”. Rimuru Tempest will also have a rate-up chance in the gacha pool to help players bag the new figurine more easily during the event. 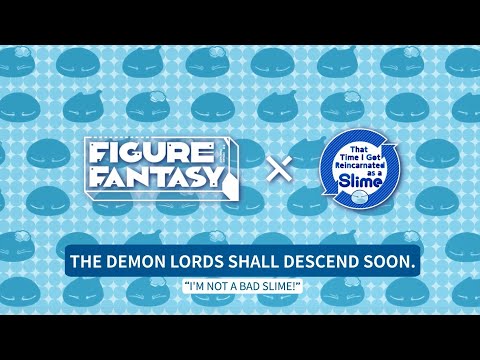 Rimuru is a “Vanguard” figurine that pays homage to the OG franchise with the classic “Gluttony” skill, while pink ponytailed Demon Lord “Milim Nava” is a special “Star Destiny Figurine” that’s up for grabs throughout the collab.

These 1/7 figurines have their own unique attributes as well – for instance, “Milim Nava” doesn’t require any upgrades as a special “Star Destiny Figurine”.

If you’re keen on joining in on all the festivities of the limited collab event such as login bonuses and limited packs, you can download Figure Fantasy on the iOS App Store and on the Google Play Store for Android devices. It’s a free-to-play game with in-app purchases. You can also join the community of followers over on the official Facebook page to stay updated on all the latest developments, or visit the official website for more info.