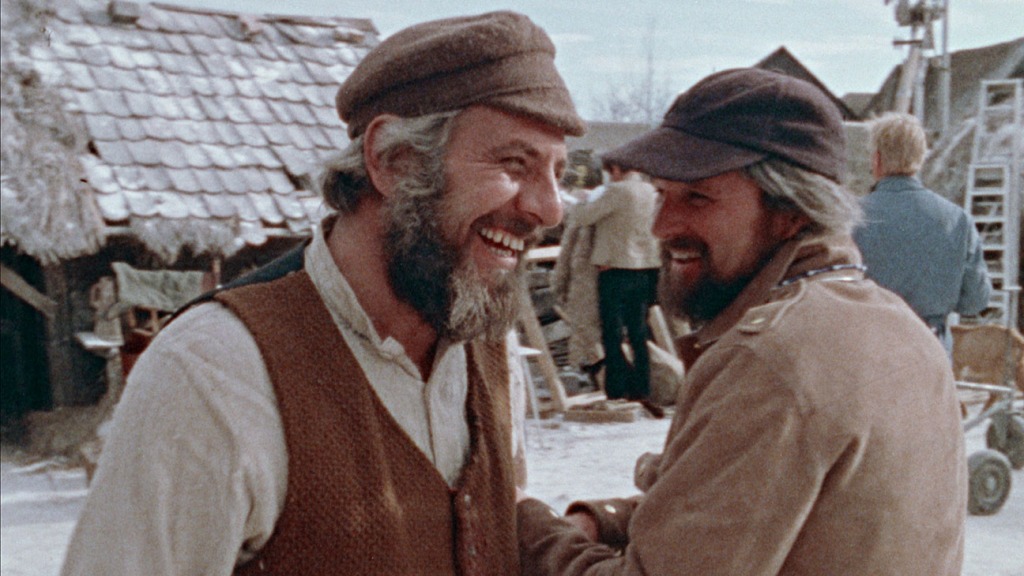 Fiddler on the Roof seems to be enjoying a renaissance, not that it ever went away. In recent years, the classic 1964 musical received an acclaimed revival on Broadway, another acclaimed Off-Broadway production performed entirely in Yiddish, and was the subject of the 2019 documentary Fiddler: A Miracle of Miracles.

Now, arriving just a little too late to celebrate the 1971 film version’s 50th anniversary comes Fiddler’s Journey to the Big Screen, Daniel Raim’s documentary chronicling the making of the hugely successful cinematic adaptation that garnered three Academy Awards. If this keeps up, it may become a tradition.

Fiddler’s Journey to the Big Screen

Raim is no stranger to cinematic history, having directed such films as the Oscar-nominated short The Man on Lincoln’s Nose and the feature documentary Harold and Lillian: A Hollywood Love Story, among many others. It was his work on the former, about production designer Robert F. Boyle, that inspired this latest effort. Raim spoke to Boyle (famed for his recreation of Mount Rushmore in Hitchcock’s North by Northwest) and director Norman Jewison about their collaboration on Fiddler, and subsequently spent more than a decade interviewing numerous figures involved with the film, including lead actor Topol, composer John Williams, lyricist Sheldon Harnick and the actresses who played Tevya’s daughters, Rosalind Harris, Neva Small and Michele Marsh.

The results, crammed with film clips and behind-the-scenes footage, will prove fascinating to Fiddler aficionados. The filmmaker takes a fairly broad approach, dealing with the origins of the Broadway musical and providing an in-depth portrait of Jewison, who spent several years of his early directing career making such formulaic comedies for Universal as 40 Pounds of Trouble and Send Me No Flowers. His passionate interest in social activism led him to make 1967’s groundbreaking In the Heat of the Night, which won the Best Picture Oscar.

Despite his success, he was shocked when United Artists head Arthur Krim asked if he was interested in helming the film version of Fiddler. Jewison sheepishly informed Krim that despite his name, he was a goy. “We don’t want a 2nd Avenue Yiddish production,” Krim responded. “We want a film for everybody.”

That’s exactly what Jewison proceeded to make. Determined to make the movie realistic and avoid the pitfalls suffered by such cinematic musical disasters as Paint Your Wagon and Camelot, he decided not to have Zero Mostel repeat his legendary stage performance and instead cast the then little-known Israeli actor Topol, who was starring in a London stage production. Among those who supposedly wanted to play Tevye, according to the documentary, was Frank Sinatra (which makes you want to plotz).

The documentary includes many fascinating tidbits about the making of the film. Striving for authenticity at every turn, production designer Boyle used Roman Vishniac’s well-known photographs of Eastern European shtetl life for inspiration and created a wooden synagogue from scratch (they had all been destroyed in the Holocaust). Jewison asked Isaac Stern to do the violin parts, to which the famed musician replied in horror, “I can’t climb up on a roof!” Jewison informed him that they only needed him to record the music. To create a suitably bleak look for the film depicting the struggles of Jews amid the pogroms, director of photography Oswald Morris put silk stockings on the camera lens to create a brownish effect.

Not that the film was authentic in every respect. Harris, who played eldest daughter Tzeitel, recounts how she, Marsh and Small decided that, to more accurately reflect how women looked in that era, they would let their armpit hair grow out. The first time he spotted it, Jewison stopped the filming and ordered the three of them to immediately “shave your pits.”

Another amusing moment comes courtesy of lyricist Harnick, who takes the opportunity during his interview to sing “Sunrise, Sunset,” a song that has since become a wedding staple. Upon finishing his croaky rendition, he says to the crew in mock indignation, “You’re not crying? How come?”

Jewison describes his trepidation at sitting next to Israeli Prime Minister Golda Meir during the film’s premiere in that country, and his enormous relief when he caught her surreptitiously brushing away a tear.

Narrated by Jeff Goldblum in his typically wry manner that makes everything he says sound quizzical, Fiddler’s Journey to the Big Screen is purely celebratory in its tone and might have benefited from some more objective perspectives. But that’s a small quibble about this documentary, for which every Fiddler fan will toast “L’Chaim!”

Sign up for THR news straight to your inbox every day 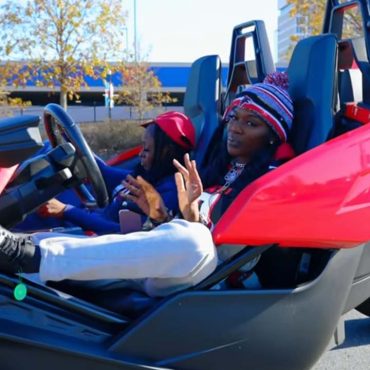 Omeretta The Great scores a new record deal with Diddy and it looks like more music is on the way. 129 Views After the viral success of her controversial single, “Sorry Not Sorry,” the 25-year-old Atlanta rapper scored a new record deal with 300 Entertainment’s Spartan Distribution.  Omeretta took to Instagram to share the exciting news with her fans, with the soaring caption:  “HERE WE GO🤩✈️✈️✈️✈️✈️.” In a recent press […]