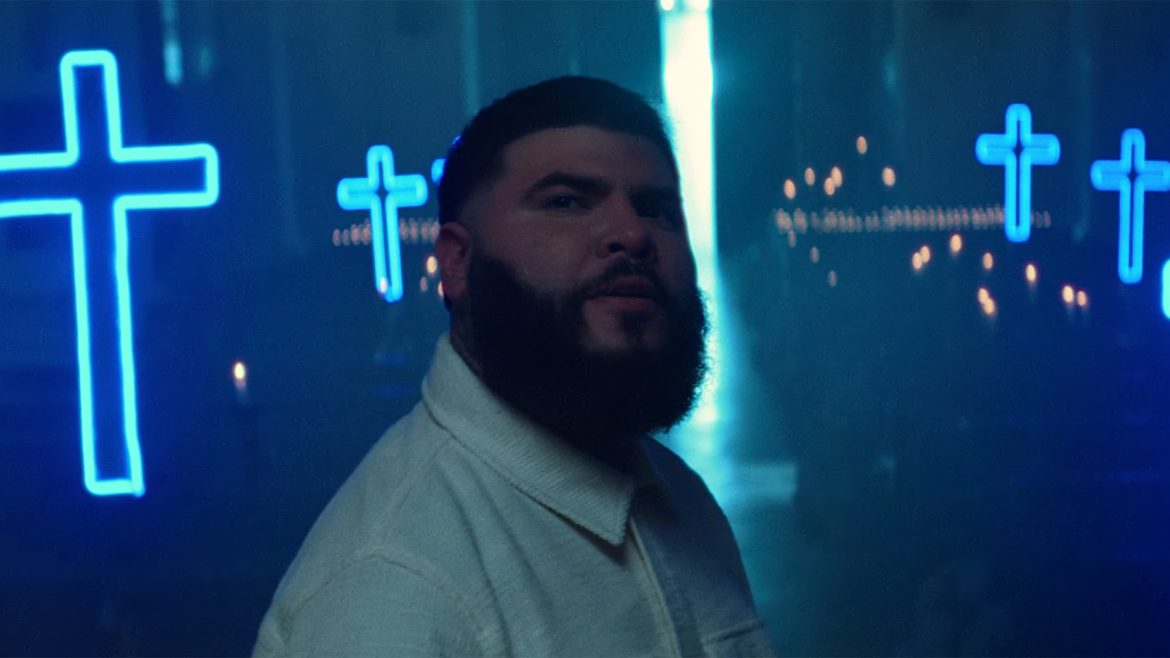 Farruko has been honest about embracing religion following the wild success of his 2021 hit, “Pepas.” “Me, being number one, having the best cars, having it all, I couldn’t see my children,” he said at a concert in Miami this February, according to Billboard. “I destroyed my first family. I hurt a woman who loved me just the way I was.”

Since then, he’s continued to focus on religion, putting his beliefs front and center at concerts and performances. Not everyone has embraced the transformation; at the Miami concert where he spoke about God and his faith, he refused to perform “Pepas” in full and angered fans who were expecting to see the party anthems they expect from the star. Now, in a Mike Ho-directed video for his new song “My Lova,” he goes deeper into the turbulence he’s faced over the last several months. The visuals are intense and make biblical references to Jesus, showing Farruko carrying a cross as people mock and jeer him.

Farruko offered his debut performance of the track at the Latin American Music Awards on Thursday, just before he premiered the video, which was also executive produced by Raul Celaya. He posted a short clip of the performance on Instagram, writing “True love comes through repentance and forgiveness — remember that.”