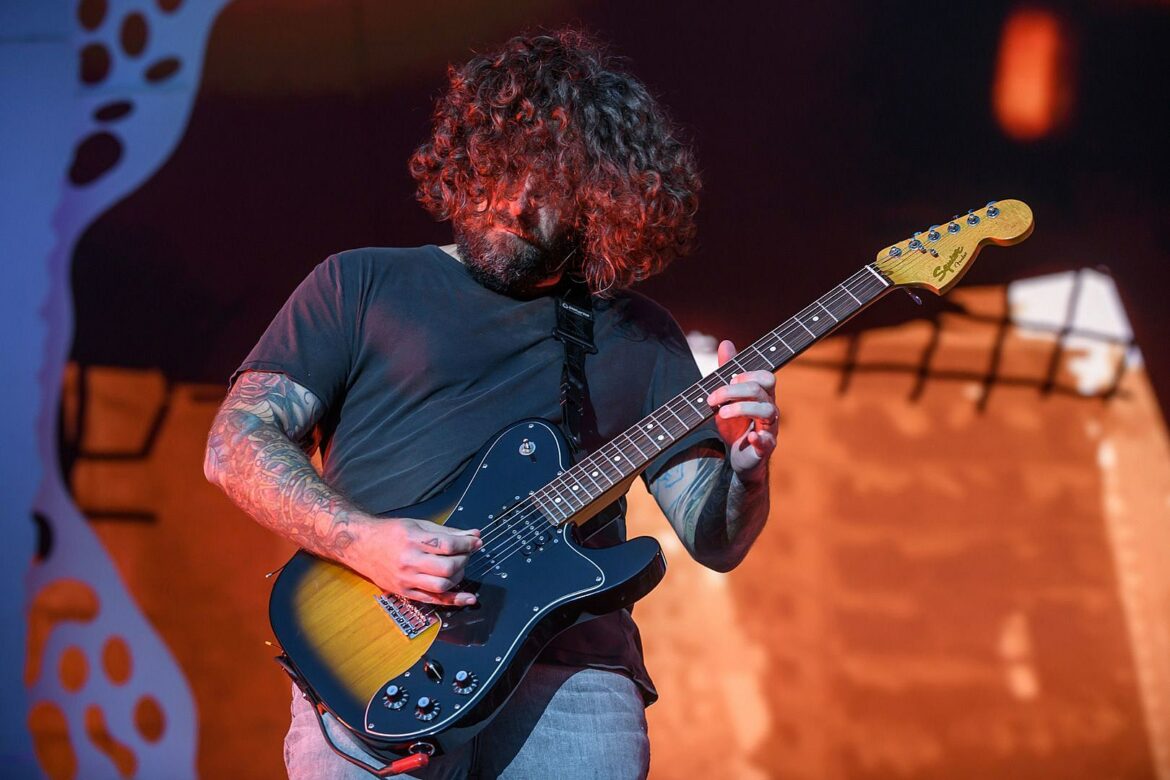 Citing mental health conditions that have “rapidly deteriorated over the past several years,” Fall Out Boy guitarist Joe Trohman has issued a statement revealing he will be stepping away from the band for an undetermined amount of time. He confirms, however, that he will “100 percent” return to the group at some point in the future.

The news comes one day after the emo/pop-rock ended a long, cryptic teaser campaign with the announcement of their new album, So Much (for) Stardust, buttressed by a music video for the dark new banger “Love From the Other Side.” It’ll be Fall Out Boy’s eighth overall album and first since 2018’s Mania with a release set for March 24.

Trohman, who has been the band’s guitarist since their inception in 2001, shared a message with fans via social media, explaining the necessity for his leave of absence as he aims to prioritize his mental health.

“It pains me to make this decision, especially when we are releasing a new album that fills me with great pride (the sin I’m most proud of),” says the 38-year old Trohman, assuring fans he’ll be back while also thanking them, his bandmates and his family “for understanding and respecting this difficult, but necessary, decision.”

Read the full statement below.

a note from Joe:

Neil Young once howled that it’s better to burn out than to fade away. But I can tell you unequivocally that burning out is dreadful. Without divulging all the details, I must disclose that my mental health has rapidly deteriorated over the past several years. So, to avoid fading away and never returning, I will be taking a break from work which regrettably includes stepping away from Fall Out Boy for a spell.

It pains me to make this decision, especially when we are releasing a new album that fills me with great pride (the sin I’m most proud of). So, the question remains: Will I return to the fold? Absolutely, one-hundred percent. In the meantime, I must recover which means putting myself and my mental health first. Thank you to everyone, including my bandmates and family, for understanding and respecting this difficult, but necessary, decision.

Smell you sooner than later,

In recent years, we’ve seen other rock and metal musicians elect to take a break from music in order to focus on mental health. In 2017, Frank Carter bowed out of a European tour with Papa Roach to take care of his mental wellbeing and, in 2021, singer Mike Patton nixed all Faith No More and Mr. Bungle tour dates for the same reasons. Patton later opened up about his agoraphobia and problematic drinking before ultimately returning to the stage.

Loudwire wishes Trohman well and supports his decision to prioritize his mental health.