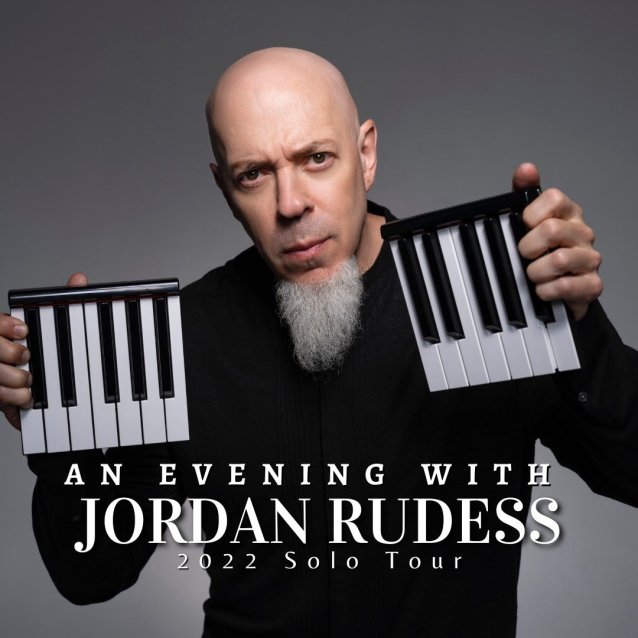 Jordan Rudess, virtuoso musician/composer and keyboardist for Grammy Award-winning prog rock band DREAM THEATER, will embark on a two-month solo tour dubbed “An Evening With Jordan Rudess” this summer from June to August. Audiences can expect to spend this intimate evening with Jordan immersed in his musical virtuosity as he shares personal stories from his musical journey. The tour kicks off on June 7 in Seattle, Washington and concludes on August 6 in Ft. Lauderdale, Florida.

Playing many cities for the first time, along with a return to select markets, the show will feature the premiere of a new medley of DREAM THEATER songs created in collaboration with longtime mentee and friend Eren Basbug. Jordan will also be playing guitar live for the first time.

A unique part of every show will see Jordan sharing some of his music technology that is part of his constant exploration into state-of-the-art music tech. Jordan will be performing on GeoShred, the app he performs live on stage with DREAM THEATER, and will also show the audience some of the other musical apps he has helped to develop and maybe even a surprise instrument or two from his collection of keyboard instruments.

Appearing solo for the first time in Colorado, Minnesota, Illinois, Ohio, D.C, Connecticut, North Carolina, Texas, Tennessee, Georgia and Florida, Jordan will perform “Bach To Rock”, which highlights his journey from a young Juilliard piano prodigy destined for a classical music career to a keyboard rock star phenomenon. At return locations such as Seattle, Washington’s Triple Door, Anapolis, Maryland’s Rams Head, New York City’s City Winery, Ardmore, Pennsylvania’s Ardmore Music Hall, Old Saybrook, Connecticut’s Katherine Hepburn Cultural Center, and Rockport, Massachusetts’ Shalin Liu, Jordan will be presenting “A Road Home”, featuring solo piano covers of the music that has influenced him as well as his own compositions including some of the etudes for piano that he has composed recently for solo piano.

Voted “Best Keyboardist Of All Time” (Music Radar),Rudess trained at the world-renowned Juilliard School of Music, where he first studied as a child prodigy at age nine. As a teen, he defected to synthesizers in a classic act of rock ‘n’ roll rebellion. In 1994, Keyboard readers voted him “best new talent,” and since then has become the universally acknowledged heir to the shredding throne of such prog-rock royalty as Keith Emerson and Rick Wakeman. He is renowned for his unique fusion of classical technique and influences with rock sensibilities.

Jordan‘s interest in state-of-the-art keyboard controllers and music apps are another area of his career in which he has achieved success. Jordan owns the successful app-development company Wizdom Music, creators of award-winning apps such as MorphWiz, SampleWiz and Geo Synthesizer. Wizdom Music‘s latest app, GeoShred, was created in collaboration with moForte, founding members of Stanford University’s Sondius team. 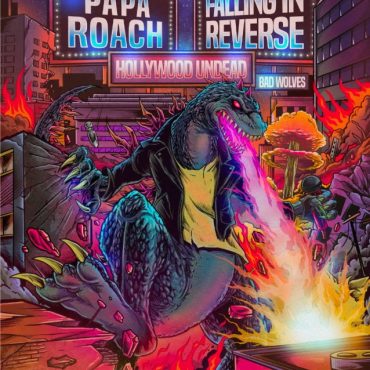 FALLING IN REVERSE and PAPA ROACH have announced the co-headline "Rockzilla" summer 2022 tour, featuring very special guests HOLLYWOOD UNDEAD and BAD WOLVES. Kicking off in East Providence, Rhode Island on Wednesday, July 27 at Bold Point Pavilion, the "Rockzilla" tour will include 24 cities across the U.S. before finishing on August 31 in Nashville, Tennessee at the Municipal Auditorium.VIP tickets and various pre-sales will kick off today at 12 […]