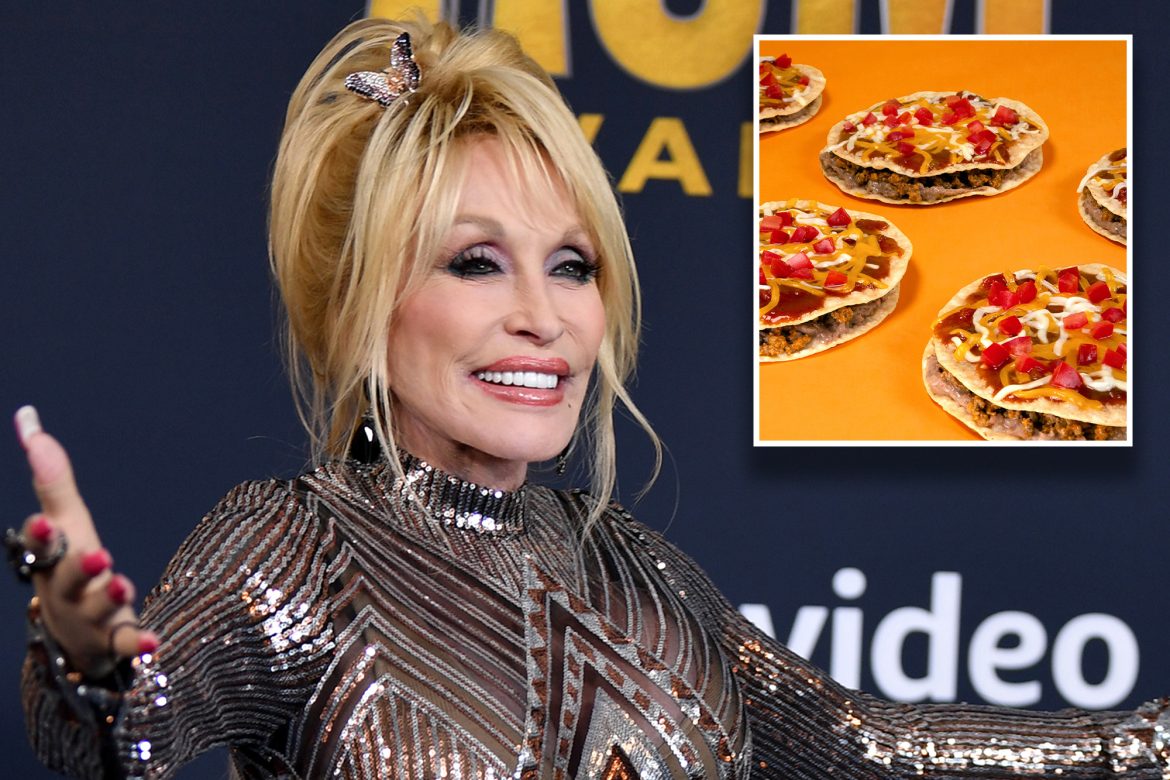 With an estimated net worth of $350 million, there isn’t much that Dolly Parton can’t have.

But it turns out, all the country crooner really wants is a Mexican Pizza from Taco Bell.

The “Jolene” songstress, 76, is set to star in a satirical musical about efforts to get the beloved food item back on Taco Bell’s menu — 18 months after it was discontinued by the franchise.

“Mexican Pizza: The Musical” is set for release on May 26, with Taco Bell sharing a Playbill cover to their official Instagram on Monday.

But Parton fans needn’t book a ticket to Broadway, as the musical is set to be streamed on TikTok.

Doja Cat, another famous fan of the fast-food establishment, is also set to appear in the show.

It’s currently unclear how many songs will be featured in the playful production, which will feature music by Grammy winners Abigail Barlow and Emily Bear.

Mexican Pizza was one of Taco Bell’s most popular items. It first appeared on menus back in 1985, before it was suddenly discontinued in November 2020.

The move upset millions of food lovers across the country — including Parton, who called for the company to put the pizza back.

“They used to make a little Mexican Pizza… I love that,” Parton told Insider back in January.

When asked whether they should bring it back, the “9 to 5” songstress enthusiastically told the publication: “I think they should!”

The new musical appears to have been inspired by Parton’s interview — which caught the attention of Taco Bell execs.

And the country music queen is so influential that the franchise has agreed to bring the Mexican Pizza back to stores all over the US.

“While rumors of the Mexican Pizza’s return have been swirling for months, it hasn’t been publicly confirmed until now,” Taco Bell shared in its statement last month, revealing the item will be back from May 19.

Parton herself is keeping rather tight-lipped about the new satirical musical, simply sharing a photo of a script with her five million Instagram fans on Monday.

Many fans initially believed the musical to be a joke, with one person responding to the post: “April Fool’s Day was last month!”

However, the project is indeed genuine, and Parton is busier than ever. Last week, the icon made a guest appearance on “Grace and Frankie,” and she recently released her own novel titled “Run, Rose, Run.”