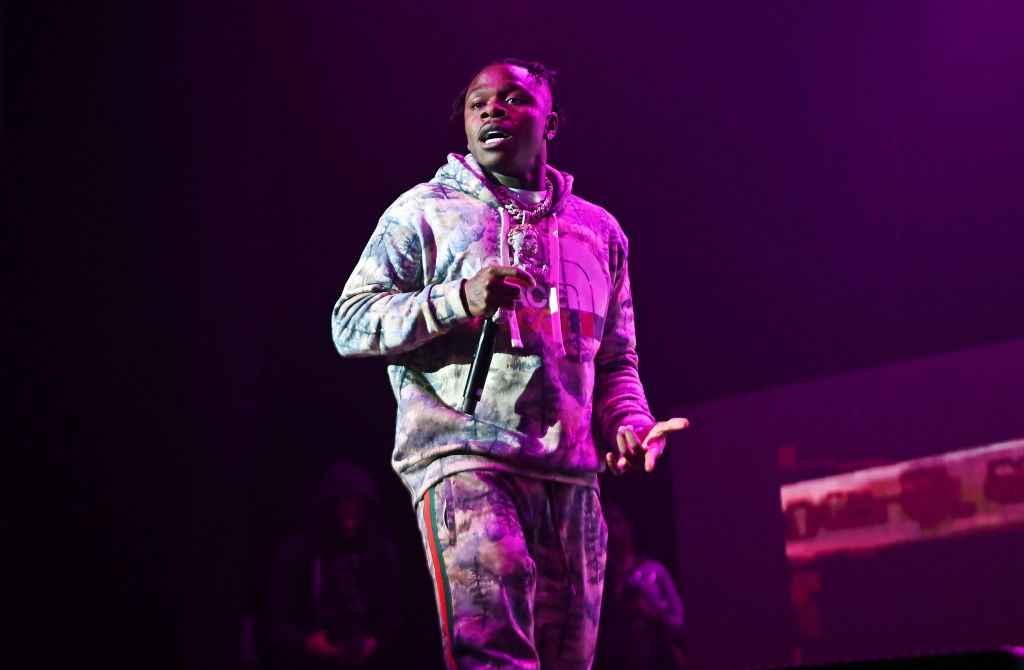 DaBaby has been charged with felony battery stemming from a Dec. 2020 incident where the rapper allegedly sucker-punched a rental-property owner in Los Angeles.

In Feb. 2021, two months after the incident was reported to police, Gary Pagar filed a lawsuit against DaBaby — real name Jonathan Kirk — and his associates, claiming that Kirk punched him after Pagar complained that the rapper had violated the terms of their lease agreement; at the time of the incident, DaBaby was reportedly shooting a music video with over 40 people in the home, despite agreeing to not allow more than nine people in the house due to Covid-19 protocols.

“They signed the lease, and personally assured Mr. Pagar they’d adhere to it; they promised there’d be no crowds, no parties, and no filming. Those were bald-faced lies,” the lawsuit previously obtained by Rolling Stone stated.

“In fact, the purpose of defendants’ trip to Los Angeles was to gather 40 people and a commercial film crew at Mr. Pagar’s house to film a music video… When Mr. Pagar asked them to stop, they beat and battered him, stole his phone by force so he couldn’t call the police, and threatened him.  Then they vandalized his house and left, after stealing various valuable items. Defendants’ behavior was utterly despicable.”

Nearly 16 months after the alleged assault, the criminal case remained pending against the rapper. However, TMZ reported Saturday and Los Angeles County court documents confirmed that Kirk will face felony battery charges stemming from the incident, during which Pagar said his tooth was knocked out among other injuries. Additionally, one of Kirk’s associates, Thankgod Awute, faces a felony charge of theft using force. WCNC Charlotte also confirmed that an arrest warrant had been issued for both Kirk and Awute for “willfully and unlawfully use force and violence” in the incident.

Representatives and lawyers for DaBaby and the Los Angeles District Attorney’s Office did not respond to Rolling Stone’s request for comment at press time.

News of the charges against Kirk comes just days after Rolling Stone revealed surveillance footage that undercut the rapper’s claim that he shot and killed someone in self-defense at a Wal-Mart in North Carolina. Although DaBaby appears to be the initial aggressor in the never-before-seen security footage, he was never charged in the incident; 11 weeks later, he signed a contract with Interscope Records.

As part of the report, Pagar — who was 64 at the time of the alleged attack — spoke to Rolling Stone about his own lawsuit against the rapper. “There are people who believe that the rules don’t apply to them,” Pagar told Rolling Stone. “Whatever the rules are, whether it’s the law, that they can do what they want with impunity, and there are no consequences. That’s who [Kirk] was.”

Pagar added he wants to “have this man pay for his behavior, and hopefully teach him a lesson that the rules actually do apply to him.”

A lawyer for Pagar did not immediately respond to Rolling Stone’s request for comment regarding the criminal charges in the case. According to the Los Angeles County Court database, Kirk will have a preliminary hearing in connection to the charges on June 1 at the Clara Shortridge Foltz Criminal Justice Center.

The charges in a litany of legal issues facing the controversial rapper, as he’s also the plaintiff in another lawsuit filed by the alleged victim in a bowling alley brawl, which was followed by an unrelated, non-lethal shooting at the rapper’s North Carolina home. He also gained infamy last year for his misogynistic, homophobic, and ill-informed comments at Rolling Loud Miami in July that cost him several major festival slots in the backlash. However, he was scheduled to perform Friday night at the Beale Street Music Festival.