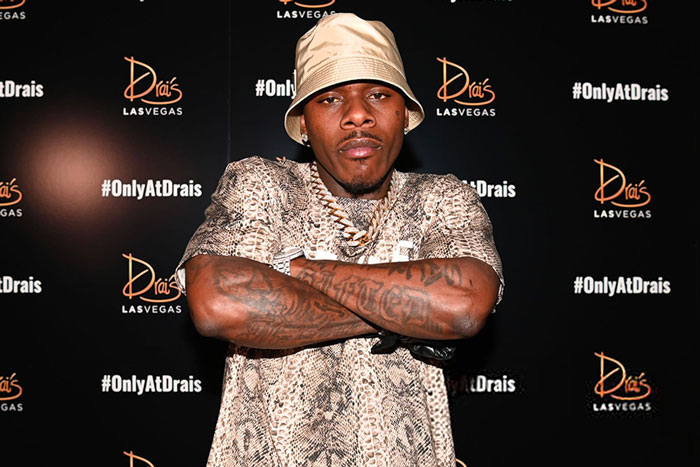 DaBaby is facing criminal charges for allegedly assaulting a man who tried to stop him from shooting a music video on his property.

The “Rockstar” rapper has been charged with felony battery by the L.A. County District Attorney’s Office over the December 2020 incident. Gary Pagar claims that DaBaby, whose real name is Jonathan Kirk, rented his Runyon Canyon home on condition that no more than 12 people would be on site.

However, Pagar alleges that DaBaby violated the terms of the rental agreement when he showed up with over 40 people, including a film crew, to shoot a music video for his artist Stunna 4 Vegas’ “Play U Lay.”

On Dec. 2, Pagar paid a visit to the home and tried to shut down the production by talking to DaBaby before he was allegedly attacked by someone in the rapper’s crew. TMZ has obtained footage that shows a man pummeling Pagar to the ground before Stunna 4 Vegas breaks up the fight.

In February 2021, Pagar sued DaBaby for assault, breach of contract, and thousands of dollars in property damage. His manager was also named in the suit.

According to the lawsuit, DaBaby ordered the man to stop before allegedly punching Pagar in the face, knocking out his tooth. In addition to being assaulted, Pagar claims he was spat upon and claims that the assailants taunted him by tossing around his phone.

Another man named Thankgod Awute was charged with felony robbery. Prosecutors claim he was DaBaby’s cohort in crime.

This is the latest drama for DaBaby. He recently made headlines after new video surfaced from his fatal 2018 Walmart shooting. DaBaby claimed he acted in self-defense when he shot and killed 19-year-old Jaylin Craig, but the unearthed security footage raises questions about his version of events.

Earlier this month, he allegedly shot an intruder who trespassed at his home in Troutman, North Carolina. The victim suffered non-life-threatening injuries.