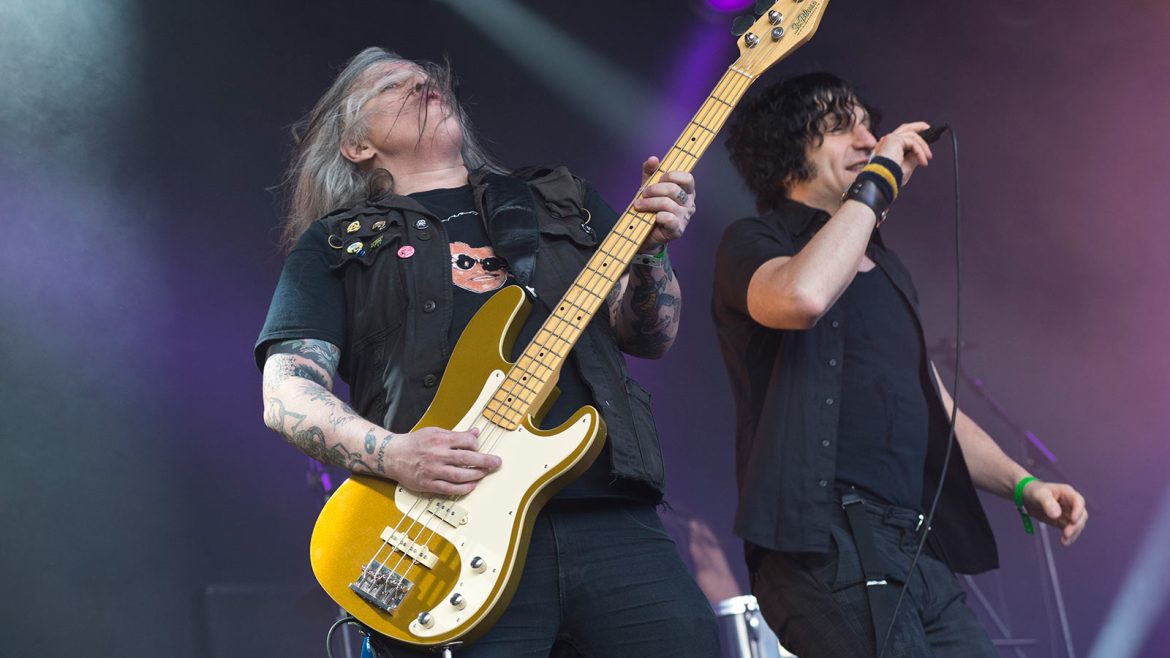 Bassist and guitarist Howie Pyro has died, aged 61. The career musician, DJ and New York punk lynchpin was best known for his time playing in The Blessed, Chelsea Smiles, D Generation, and in later years, Danzig.

Born Howard Kusten, Pyro grew up in Whitestone, Queens taking on his punk stage name around 1975. He is credited with founding the first underage punk group, The Blessed, who became a fixture at New York’s iconic punk venues in the ’70s, including CBGBs and Max’s Kansas City. Along the way he would meet and share stages with the likes of the Ramones, Blondie and the Sex Pistols.

Later he would form the Freaks, recruiting Andrea Matthews to the line-up (whom he would marry and, eventually, divorce), while another son of Whitestone, Jesse Malin, became the proto-grunge band’s roadie.

Malin would come back to feature in Pyro’s life as the duo teamed up to form D Generation in their shared Chelsea loft space, a location that also played host to their legendary Greendoor parties. Pyro was a central fixture as the in-house DJ, while D Generation would also play their first shows at the events.

A 2000 relocation led Pyro to LA and a gig as bassist for Glenn Danzig’s eponymous group. He contributed to Danzig’s 2002 album I Luciferi and further grew his reputation as a DJ until he became a go-to name for a variety of star-studded parties.

He also found time to host his acclaimed Intoxica! Radio show, which took a dive beneath rock ’n’ roll’s first wave, salvaging lost 45s and other vinyl nuggets along the way.

Pyro reportedly died peacefully on May 4. The cause of death has been identified as Covid-19-related pneumonia, which followed a longer struggle with liver disease.

Malin wrote of his longterm collaborator: “He changed my life and so many others in ways I can’t even begin to say. We made our world together. From Whitestone, Queens to Madison Square Garden and every crazy, dirty little place in between. I learned so much from him. He made this planet a much better, cooler, weirder, and more beautiful place.”

Pyro’s family and friends plan to arrange a burial at Hollywood Forever Cemetery and are asking for donations to be made in his memory to the UCLA Division of Liver and Pancreas Transplantation.

Matt is a freelance journalist who has spent the last decade interviewing musicians for the likes of Total Guitar, Guitarist, Guitar World, MusicRadar, NME.com, DJ Mag and Electronic Sound. In 2020, he launched CreativeMoney.co.uk, which aims to share the ideas that make creative lifestyles more sustainable. He plays guitar, but should not be allowed near your delay pedals.