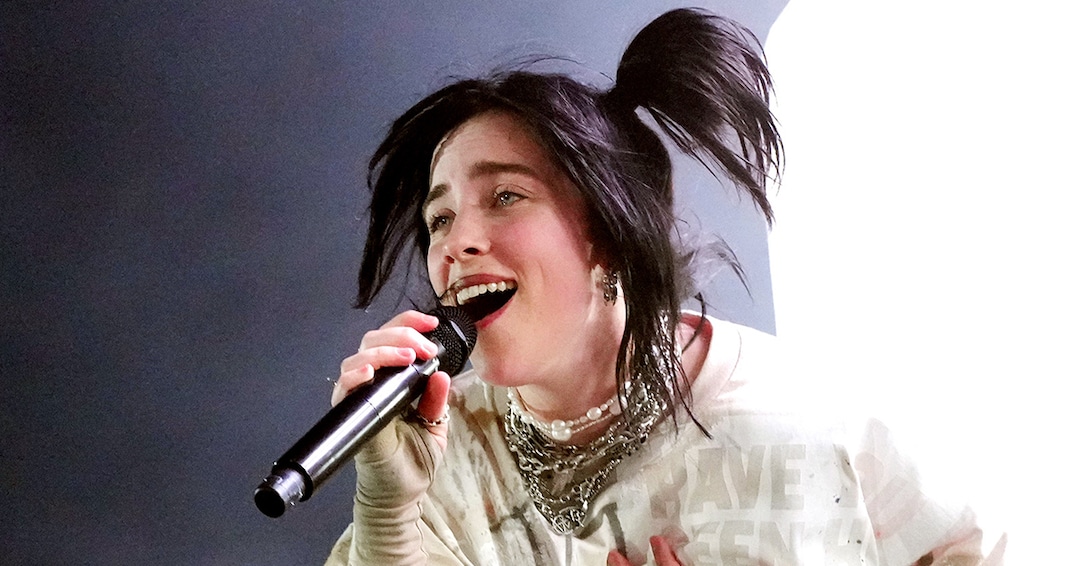 Billie Eilish‘s headlining performance at Coachella 2022 was one for the books.

The Grammy-winning artist performed at the music festival on April 16. And there was a little imposter syndrome going on.

“I should not be headlining this s–t!” Billie, 20, told the crowd, according to multiple reports. “But I’m so f–king grateful that I’m here and that you guys are all here. This is such a dream come true.”

During her set, Billie performed songs such as “when the party’s over,” “everything i wanted” and “Happier Than Ever.” She also brought out two surprise guests—she and Khalid performed their track “lovely” while Blur, Gorillaz and The Good, the Bad and the Queen frontman Damon Albarn appeared to perform with her “Getting Older” and a cover of the Gorillaz’ “Feel Good Inc.”

Billie ended her set by saying, “Thank you Coachella! I’m sorry I’m not Beyoncé. I love you, goodnight.”

Billie previously performed at Coachella in 2019, starting her When we All Fall Asleep Tour at the festival. This time around she headlined the second day, becoming the youngest headliner ever in the festival’s history.

She’s been on a record-breaking streak as of late, also becoming the youngest artist to win three awards—an Emmy, Grammy and Golden Globe—for the same song. She wrote the award-winning song, “No Time to Die,” for the latest installment of the James Bond franchise.

Working on the Bond film was also something that she and her brother FINNEAS manifested for themselves.

“For year and years, way before this was even like any sort of possibility in the slightest at all…we would sit down and write Bond songs,” Billie exclusively told E! News on the Oscars red carpet. “Thinking it was the coolest thing.”

“We would role play writing a Bond song,” she continued, “and we would constantly tell our team, ‘If there’s any opportunity in the future…'”

Her dreams of writing for the franchise came true and now that she’s reined in the awards for the song, she’s back on the road performing for her Happier Than Ever World Tour. Next stop: Coachella Valley Music and Arts Festival 2022.

In preparing to take the festival stage this year, she reflected on her 2019 performance for V magazine, telling the outlet per Metro, “I really resent the things that were surrounding me during that time period of time. I had that ruined for me by a person, but that’s ok.”

She didn’t explicitly say who the “person” was, but she could be referring to her then-boyfriend Brandon Adams who makes an appearance in her 2021 documentary The World’s A Little Blurry.

Now she’s back on the Coachella stage with more performances—and awards—under her belt.