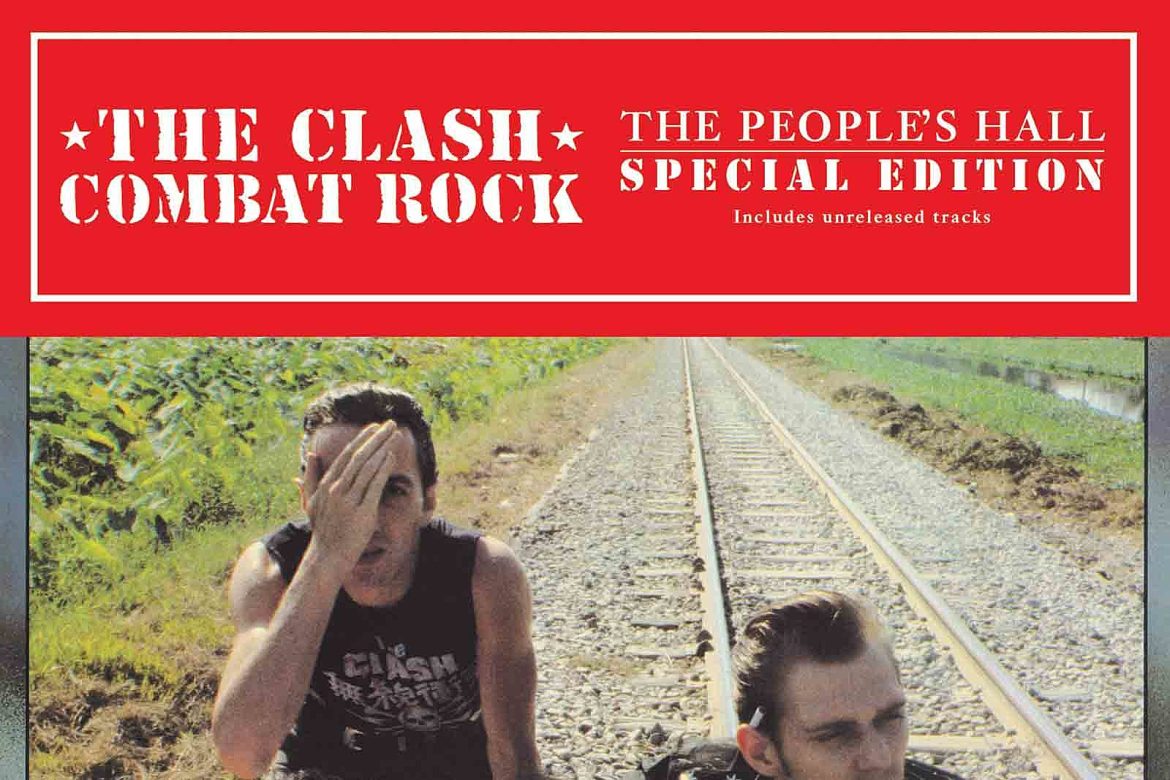 As the Clash headed into the recording of their fifth album in late 1981, the seams were starting to tear. Combat Rock would end up the band’s final album with guitarist, singer, songwriter and cofounder Mick Jones, who was fired in September 1983, a year and a half after the LP’s release. Joe Strummer and Paul Simonon continued for one more ill-fated album before the Clash broke up in 1986.

But even with Combat Rock in the can and ready to go, there were problems: Strummer disappeared, drummer Topper Headon’s spiraling drug addiction got him booted from the group and the arguments stemming from 1980’s sprawling, triple-LP Sandinista! intensified. The album’s eventual massive commercial success and an opening slot on the Who‘s stadium tour couldn’t slow the rush toward the inevitable.

An earlier attempt to make another multi-disc album – the double-LP Rat Patrol From Fort Bragg – eventually fell apart, and Glyn Johns was called in to coproduce a revised, slimmed-down project that, for the most part, curbed Sandinista!‘s genre shifts and attempted to get the Clash back on their punk course. The two-CD Combat Rock / The People’s Hall, released to mark Combat Rock‘s 40th anniversary, doesn’t recreate Rat Patrol From Fort Bragg or even try to put Combat Rock in a new light. Instead, it presents the original album along with a disc of outtakes and B-sides, some previously unreleased, from the period.

Before the project was shuffled and moved to New York’s Electric Lady Studios, the band laid down some tracks at the People’s Hall, a studio building set up by the Frestonia group of Londoners who attempted to secede from the U.K. in 1977. A dozen songs from these sessions don’t rewrite history: The tracks that gave the Clash their highest-charting album were the more polished and obvious choices.

The original 12-song album has gone through swings of acceptance since its release in 1982. Initially brushed aside because it lacked the ambition of predecessors Sandinista! and London Calling, it’s now favored for those same qualities. The best songs are on Side 1: “Should I Stay or Should I Go,” “Rock the Casbah” and “Straight to Hell,” with the flip reserved for more experimental numbers like “Overpowered by Funk” and the Allen Ginsberg-assisted “Ghetto Defendant.”

Paired with The People’s Hall‘s “Futura 2000” (an early mix of the single “The Escapades of Futura 2000” recorded with graffiti artist Futura 2000), the Mikey Dread B-side “Radio One” and a version of “Know Your Rights” recorded on the Rolling Stones Mobile Studio, the second half of Combat Rock gives a pretty good idea where Jones’ proposed two-LP project was headed before it got pared down.

Outtakes and leftovers “Idle in Kangaroo Court,” “The Fulham Connection” and the instrumental “He Who Dares or Is Tired” are also indicators of Fort Bragg‘s sprawl, if not essential additions to the band’s catalog. Forty years on, Combat Rock still sounds like the Clash in the rebuilding stage following the kitchen-sink Sandinista! and proto-rap single “This Is Radio Clash” (a revised version appears here under the streamlined title “Radio Clash”). They never reached the finish line, fizzling out amid bruised egos, animosity and too many opposing opinions circling that kitchen-sink drain. Their last shot at greatness makes a fitting end.

There was a time when the Clash were called “the only band that matters.”