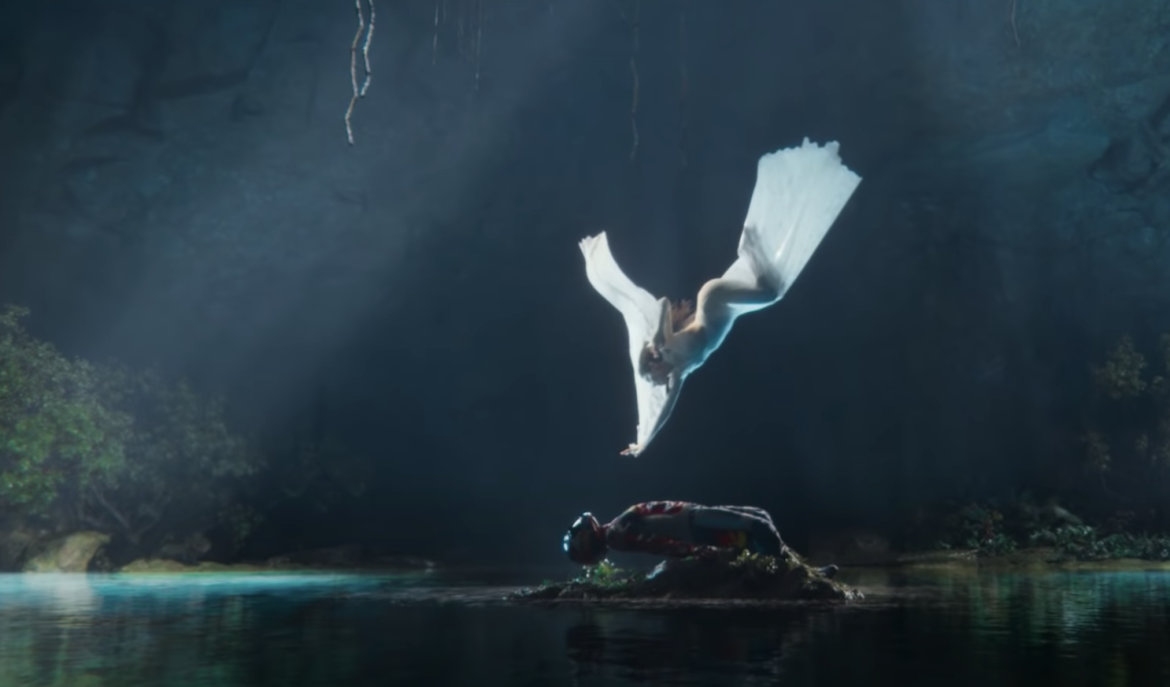 Flume and Caroline Polachek have shared an evocative music video for their recent collaboration, “Sirens.” The video, directed by Daniel Askill, sees Polachek floating in a cave in an ethereal white gown above a seemingly lifeless Flume.

“Sirens” was co-written and produced by Danny L. Harle and will appear on Flume’s forthcoming LP, Palaces, out May 20 via Future Classic and Transgressive.

“Caroline and I had known each other for years, but she’d just moved to L.A. and we bumped into each other living down the street,” Flume explained in a statement. “We started playing weekly games of Magic The Gathering with A.G. Cook and a few friends. We started doing a session, and Danny L Harle showed me a voice note from Caroline with some very early stages of vocals. I loved it and went back in on it during the pandemic.”

“Sirens” is the second track to be released from Palaces following last month’s “Say Nothing,” featuring MAY-A. The album will include several other collaborators, including Damon Albarn, Vergen Maria, Oklou and Kučka. The album follows the Australian producers’s 2019 mixtape, Hi This Is Flume, which earned him his second Grammy nomination for Best Dance/Electronic Album.

Polachek recently shared a video for standalone single, “Billions,”  which was written and produced by Polachek alongside Harle. She also collaborated with Charli XCX on the singer’s new album, Crash, and will perform at Coachella.