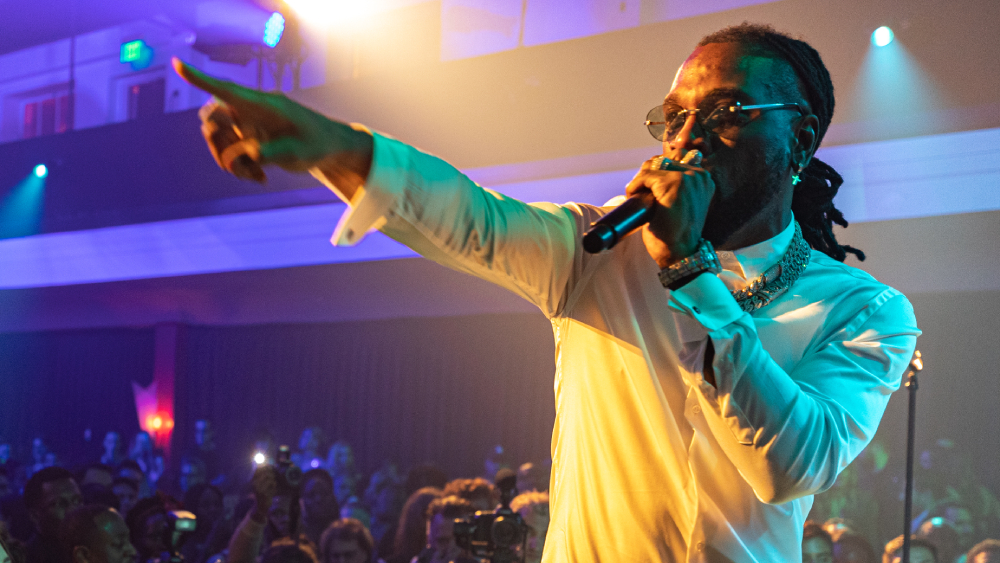 Over the last decade, Afrobeat has blossomed from a continental staple into a global sound, with artists such as Nicki Minaj, Beyonce and even Ed Sheeran incorporating the genre into their music and cosign the culture. The genre reached a new peak with Burna Boy’s concert at New York’s Madison Square Garden on Thursday, which certified him as the first Nigerian artist to headline a concert at the legendary arena.

The show opened with a small welcoming speech by legendary rapper Busta Rhymes, who thanked the crowd — which was overwhelmingly West African — for their rich culture and warm embrace when he visited Nigeria. He spoke of Burna Boy’s connection to New York and why the show was more than just a standard concert, but rather an indicator of a new era in music.

With elaborate lighting and an array of dancers, Burna Boy was joined by his band The Outsiders, along with longtime collaborator, Senegalese singer, Youssou N’Dour. They performed “Level Up”, from the 2020 album “Twice as Tall,” as the African drums resounded into every corner of the arena.

The crowd got wilder as Burna went deeper into the set, shouting the lyrics and even throwing several bras at him onstage — which he did not discourage, asking for more after the first landed onstage.

Later in the show Burna Boy, born Damini Ogulu, announced his forthcoming sixth studio album “Love, Damini,” due on his birthday, July 2, to screams from the audience. He then transitioned into a new song from the album, which samples Toni Braxton’s “He Wasn’t Man Enough for Me.”

As his 2019 smash “On the Low” began, many fans left their seats and began dancing in the aisles. At various points throughout night, small mosh pits bubbled in general admission, showing a polite balance of carefree emotion and respect for others’ personal space.

While Nigeria is renowned for its influential musicians and cultural leaders, it has also faced decades of inequality and police brutality. That was highlighted as Burna performed “Collateral Damage,” which speaks of the economic and social struggles many Nigerians face. The song had a resurgence during the 2020 #EndSARS movement, which aimed to disband a controversial police unit targeting young Nigerians and immigrants. As he sang “My people suffer, well well/ Police dey slap here, well well/ Hungry dey wire dem, well well,” images of police abuse were projected behind him.

That statement made, the concert returned to a celebratory vibe, as Burna ripped his shirt off and smashed a guitar before sprinting around the stage. After a brief pause, the lights dimmed and he began his signature hit and final song of the night, “Ye,” from his breakthrough album “Outside.” As the song wound down, Burna thanked the audience for staying with him through the years, and promised much more to come.