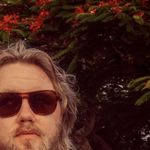 Fast-rising country artist ERNEST has officially placed his creative wheels in motion again and warned fans to buckle up. The “Cheers” singer recently (May 15) took to social media to share an unreleased track titled “Songs We Used To Sing” and to confirm that he has been penning new music.

“Been back writing a lot lately… this is one of my new favs… “Songs we used to sing,” wrote ERNEST alongside the mesmerizing video.

The breakout star is seen singing into the camera with an acoustic guitar gently placed on his knee within the short preview. While wearing a baseball cap and concert merchandise, the hitmaker effortlessly delivered his new breakup ballad.

The emotional-driven narrative is told from a brokenhearted male’s point of view. The reflective lyrics are destined to resonate with listeners. The melody is about the aftermath of a breakup and what it is like to cope with precious memories. ERNEST’s deep Tennessee twang, impressive guitar work, and soulful sound are as ear-grabbing as his hit single, “Flower Shops.”

“Maybe the sunrise, we shine on me one time |Lay this heartache to rest | Whiskey don’t burn like it used to, It hurts |And there’s nothing that I don’t regret more than letting you leave |Now it’s just me, and a bunch of songs we used to sing | Like old memories and a frame | Taking me back, Just like that |Spinning you round that kitchen floor,” he sings with passion.

Fans flooded the comment section to praise his knack for storytelling and spin on traditional country.

“Bro is a wizard w the pen,” shared Reese Witherspoon’s son Deacon Phillippe. “So good! Sounds like classic country 🔥 👏,” gushed a fan. “You are so incredibly talented. Never stop sharing your gift with the world,” said another.

The chart-topping artist did not include additional information regarding the release date. ERNEST relatively recently exploded out onto the scene as a vocalist. However, before he shared his chill-provoking pipes – he was a go-to songsmith in music city. Notable names such as Chris Lane, Sam Hunt, Kane Brown, Florida Georgia Line, Lauren Alaina, and more have turned to the savvy songwriter to bring a vision to life or steer their storyline.

The singer-songwriter wrapped up his run with frequent collaborator Chris Lane in late March. The two penned fan favorite “Big, Big Plans” together alongside Jacob Durrett. Lane told CMT that he was “happy” to bring ERNEST out on the road for the first time.

“Sometimes it takes getting on your first tour. Obviously, you wanna play in front of as many people as you can,” shared Lane about ERNEST. “I mean. Dustin Lynch did the same for me. Whether you make one fan or a hundred fans, you’re still making fans. The country fans ride with you for a long time, and that’s the best part about country music – they’re so loyal,” he added.

Lane continued to mention that he was eager to serve as a mentor to the new performer.

“I learned a lot of everything I know about this industry early on. I’m glad that I can pass a little bit of that on to the next guy and the next guy,” says Lane referring to ERNEST. “I feel like it is all about who you know in this industry,” he concluded.

While touring with Lane, ERNEST performed buzz-worthy tracks from his new project, “Flower Shops (The Album).” The 11-song collection was in the works for quite some time, as the vocalist wanted to cultivate a tracklist that embodies him as an artist.

“I think this is a great one to stamp my name on and say,’ I’m here, and this is me,’” the Big Loud entertainer exclusively told CMT. “As far as the body of work goes, this is my favorite one. Some of my favorite songs I have ever written are in this collection. I think it is just a fresh stroke in country music,” he added.

With the fresh batch of songs in his back pocket, the promising new artist is set to dominate stages nationwide. ERNEST previously announced a long list of concert dates spanning May to July. Tickets are available for purchase, here. 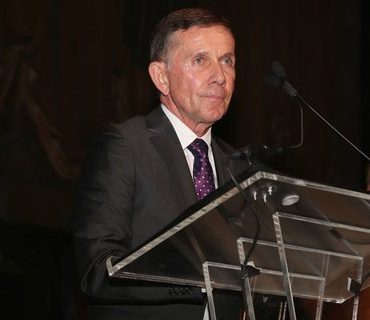 by Cindy Watts 23h ago Goodness gracious great balls of fire, The Country Music Hall of Fame revealed its 2022 inductees on Tuesday and Jerry Lee Lewis, Keith Whitley and Joe Galante are set to be the next members. Galante will be inducted in the “Non-Performer” category, which is awarded every third year in rotation with “Recording and/or Touring Musician” and “Songwriter” categories. Lewis will be inducted in the “Veterans […]