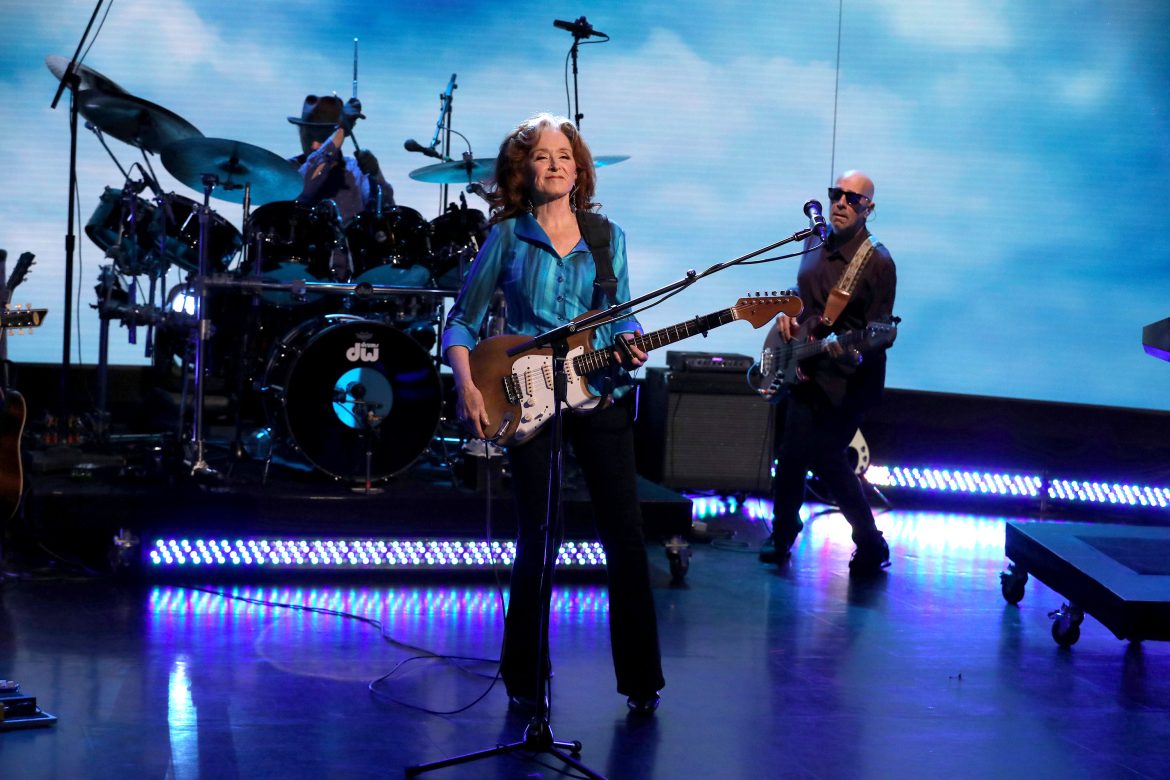 Bonnie Raitt appeared on The Ellen Show for a rousing performance of her recent song, “Livin’ for the Ones.” The musician showcased the pensive tune, which reflects on embracing life for those who are no longer with us, alongside her band.

The song appears on Raitt’s new album, Just Like That…, which was released April 22 via Redwing. The record includes four new songs by Raitt, as well as a handful of covers she’d been eager to record — including Toots and the Maytals’ “Love So Strong,” “Something’s Got a Hold of My Heart” by NRBQ’s Al Anderson, and Bros. Landreth’s “Made Up Mind.”

“On this record, I wanted to stretch,” Raitt noted in a statement. “I always want to find songs that excite me, and what’s different this time is that I’ve tried some styles and topics I haven’t touched on before.”

Raitt returns to the road this month in support of Just Like That…, and she has dates scheduled all the way through November. Raitt will receive support from Lucinda Williams, Mavis Staples, and Marc Cohn on select dates.