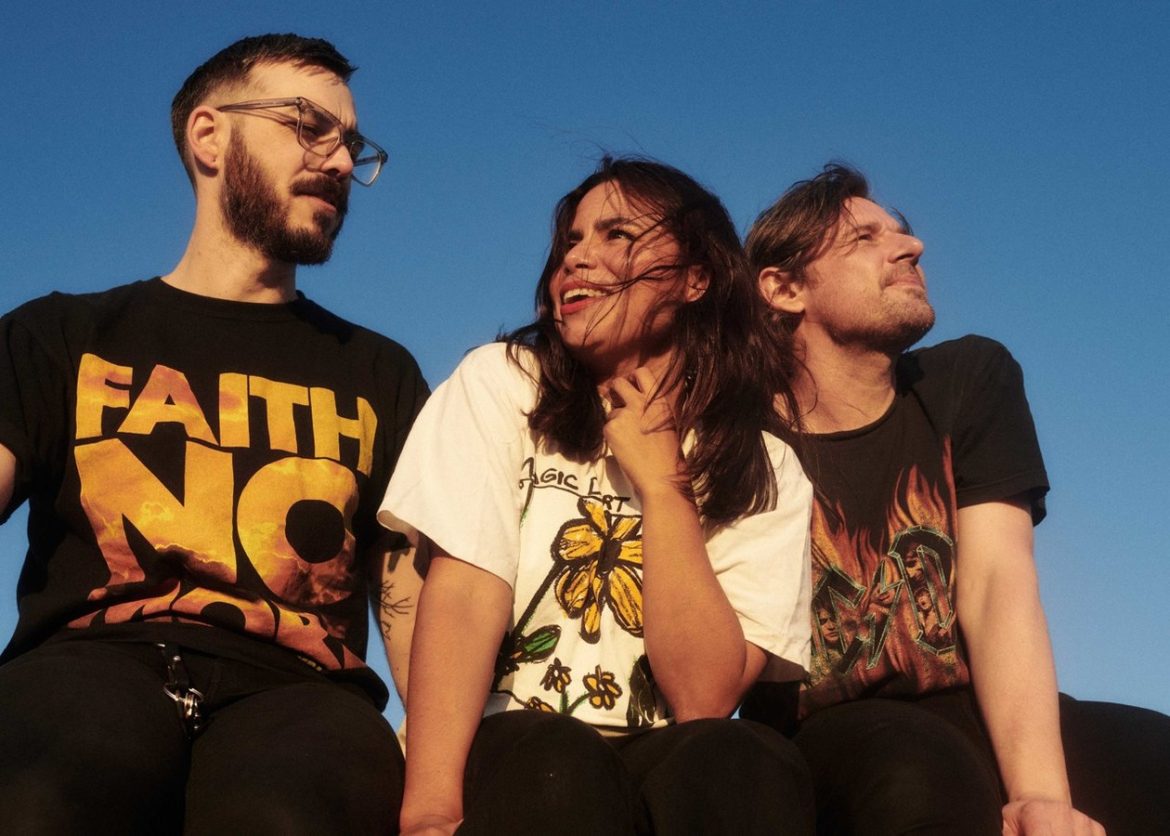 On “Thinking Of You Thinking Of Me” Bloods’ frontwoman and main songwriter MC says:

This song is a raw one for me because I wrote it while I was feeling really low. My therapist had just helped me see that I have a tendency to blame myself when things go wrong and it was like a lightbulb moment that sent me into a bit of a spiral.

I was sitting in my bed the next day, not really wanting to leave and decided to try to write, to see if it would help. I keep my guitar next to my bed, so I started playing the chords to ‘Rip It Up’ by Little Richard and this song came pouring out of me. I wrote it over two days, not finishing the demo until I had every part of it down.

When we went in to record it, I completely broke down half way through tracking the vocals – poor Mike and Dirk didn’t know what was going on while I was sobbing hysterically. In the end, writing this song was like the final stage of processing for me. I still don’t know how I’ll go if I ever have to sing it live, but I feel like all special songs come from a real place and this one is possibly the realest song writing moment I’ve ever had.

Musically I wanted it to sound like a pop-punk/distressed version of Iggy Pop’s “Candy.” I love the dynamics of that song and how Iggy and Kate [Pierson] pull you into their conversation.

A celebration of humanity and all that connects us, Together, Baby! is an album that is brimming with heart and charm.

“This is definitely our most thought out record to date” says Bloods frontwoman and main songwriter MC. “It’s the album we’ve had the most time to flesh out and the first one we’ve made ourselves.”

Since releasing their debut EP Golden Fang, the Sydney-based three-piece have been consistently gracing stages in Australia and the US. Early 2020 saw them gearing up for another big run – putting the finishing touches on their most recent EP, Seattle, following another successful US tour, where they recorded said EP in the town that inspired it – when, like most of the world, they found themselves caught in the middle of covid related lockdowns.

“We had finished recording our EP and were all feeling so enthusiastic about what was ahead,” says drummer and chief video director Dirk Jonker, who along with Bassist/Producer Mike Morgan make up Bloods. “It was all so strange going from touring the US and recording an EP in Seattle to being forced to stay at home with no real clarity about what the world would look like beyond lockdown.”

“Writing became a way for me to distract myself through lockdown,” says MC. I’d build these songs in Garageband and then email them to Dirk and Mike. In retrospect I think it was a way for me to keep the enthusiasm going and remind myself and them that there was a world outside our four walls that we use to be a part of.” As she shared the songs with her band mates one thing became obvious – the songs were banking up and feeling more and more like a body of work.

As the songs took shape, the band went about finishing the record on their own, finding gaps between lockdown restrictions to get into the studio and get to work. “I feel like we inadvertently set ourselves the unspoken goal of getting a record together on which any song could be a single, so that was a challenge,” says Morgan.

The result of their efforts is Together, Baby!, the band’s most assured, experimental and ambitious album yet. Self-produced with Morgan at the helm, Together, Baby! sees Bloods seriously pushing the definition of punk rock. Opening with “Radical,” a reimagined Chilean protest song sung entirely in Spanish complete with chants (provided by MC’s mum and sisters) and horns.  As Jonker’s heavy beat pummels through the sound of a cacelorazo (group clanging of pots and pans – a protest strategy used in Chile), the tone is immediately and unexpectedly set for how wide Bloods have set their sonic sights on this record.

Through this more adventurous lens, Bloods have managed to evolve the charm that has made them favourites in the garage punk scene the world over. The full-bore energy assault of “BOSS” and “Devo” hark to the band’s earlier EP and singles, while the glittering, emo-pop escape of “Thinking of You Thinking of Me” that Jonker describes as “possibly my fave song MC has ever written for us” and the infectious “I Like You” that sees the band teaming up with iconic punk Laura Jane Grace (Against Me!), both touch on the sparkling, ear-worm pop of the band’s preceding album, Feelings.

With the luxury of the band’s close friendship as the ever-reliable anchor, it’s the unexpected moments on Together, Baby! that tell the story of how far the band has come. Album centrepiece “Chasing Constellations,” a heartfelt acoustic song, started out as a garage rock thumper that Jonker initially penned for the Feelings album. “I remembered it when going into recording” says MC of the song. “I always really loved it but struggled with the melody a lot. We needed one last song and in the studio I said ‘hey, why don’t we try Dirk’s song as an acoustic’ and Dirk and Mike just thrashed it out, without me even having a melody for it at the time. It took me a few weeks to find what I wanted to say, but when it came together it was so hard to ever imagine it any other way.”

While Together, Baby! felt a very deliberate and apt title for this album – a lyric taken from the heartfelt album closer “Southern Light” – it is also a reflection of how this album came to life. Starting with MC at the songwriting level and collaborating with Dirk and Mike on making those songs their own. Taking them into the studio with Mike heading up production, working on recording ideas with MC and Dirk to capture their expansive sonic vision and finally releasing them with videos crafted by Dirk, who collaborates closely with MC and drives all the creative direction. This is a band that does things together, baby, and the result is an album that oozes a tremendous amount of soul, innovation, and DIY ethos. 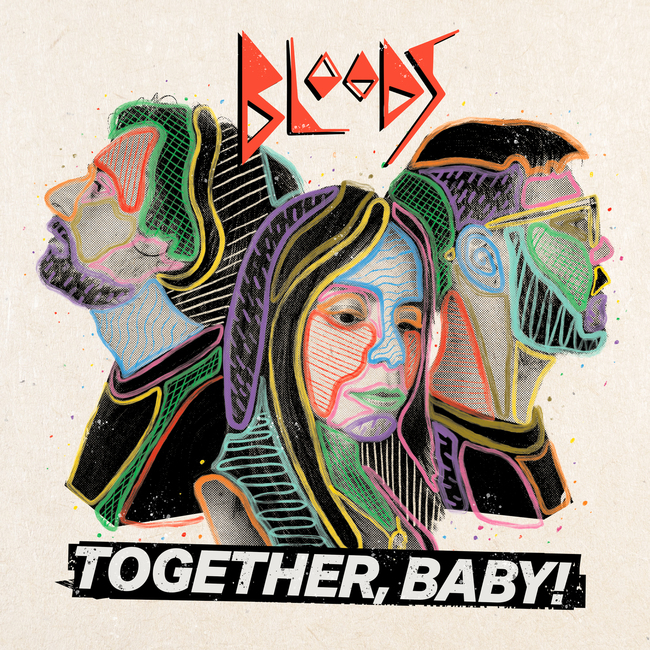