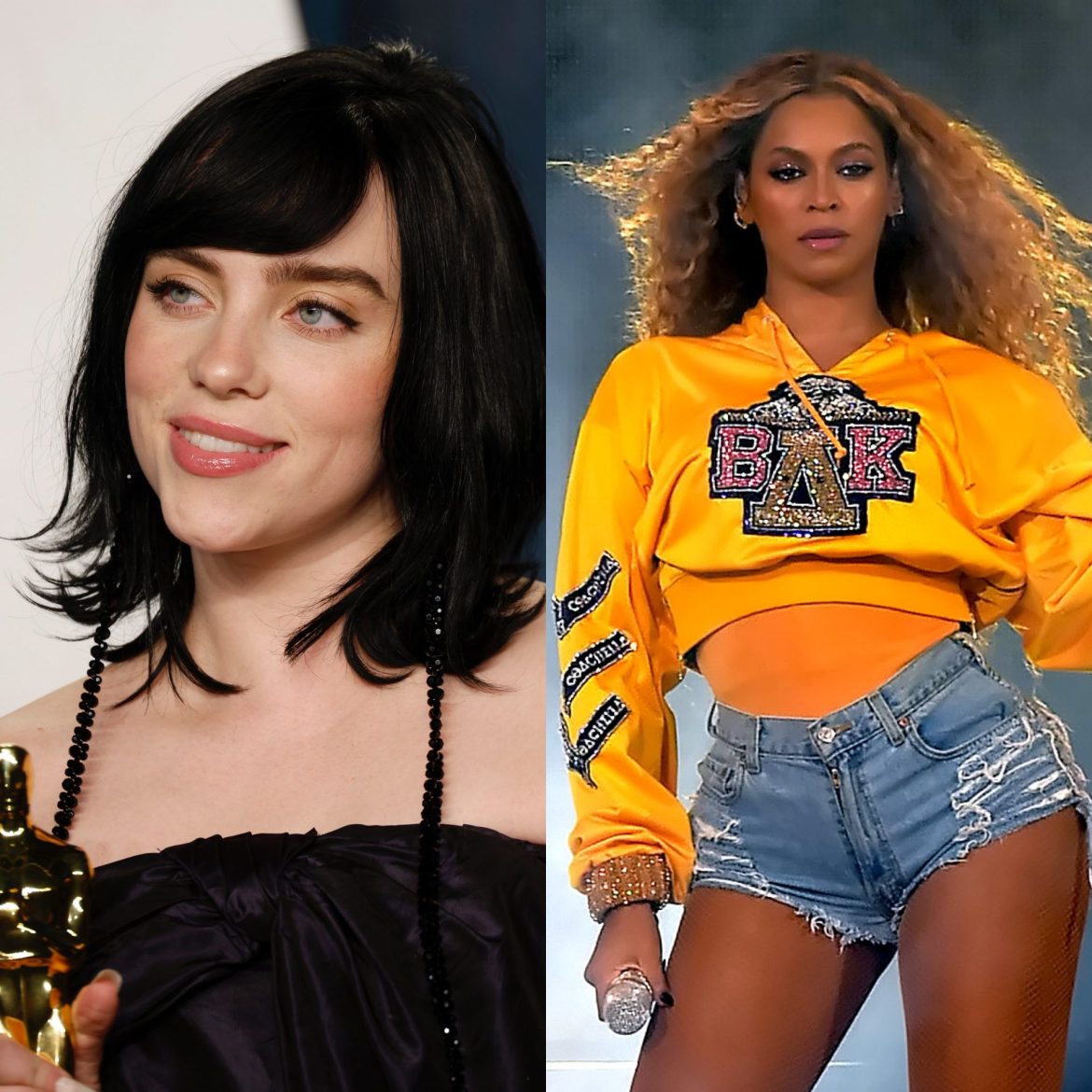 Coachella is one of the biggest music festivals in the world and year after year the concert brings out the hottest celebrities in the most iconic looks. Fans anticipate each annual gathering being better than the last, but some aren’t convinced that any Coachella performance could top the production Beyoncé put together when she hit the stage in 2018. Even Billie Eilish, who headlined Day 2 of this year’s, gave Bey her flowers!

Billie always puts on a show when she hits the stage with her unique style and electric energy! Not only did she bring out a huge crowd on Saturday, she made history as the youngest musician to ever headline the festival.

Eilish performed a plethora of songs from her first two albums and she even brought out a few of her iconic celeb peers including Khalid, Blur, Gorillaz and Damon Albarn.

Toward the end of her performance, Billie Eilish told fans that she was grateful to be on the stage but apologized for not being Beyoncé.

I should not be headlining this sh*t, but I’m so f*cking grateful to be here! I’m sorry I’m not Beyonce.”

That time when @billieeilish was singing on a freaking ✨crane✨at #Coachella pic.twitter.com/j7c5lDwRVJ

If y’all don’t recall, Beyoncé’s completely changed the game with her 2018 Coachella performance. Bey hit the stage for two hours and shocked the crowd with an ode to HBCU’s, a surprise Destiny’s Child reunion, and a montage of some of her greatest hits–all while dancing in heels and sangin’.

The performance was so iconic, the 2018 festival’s name was declared Beychella.