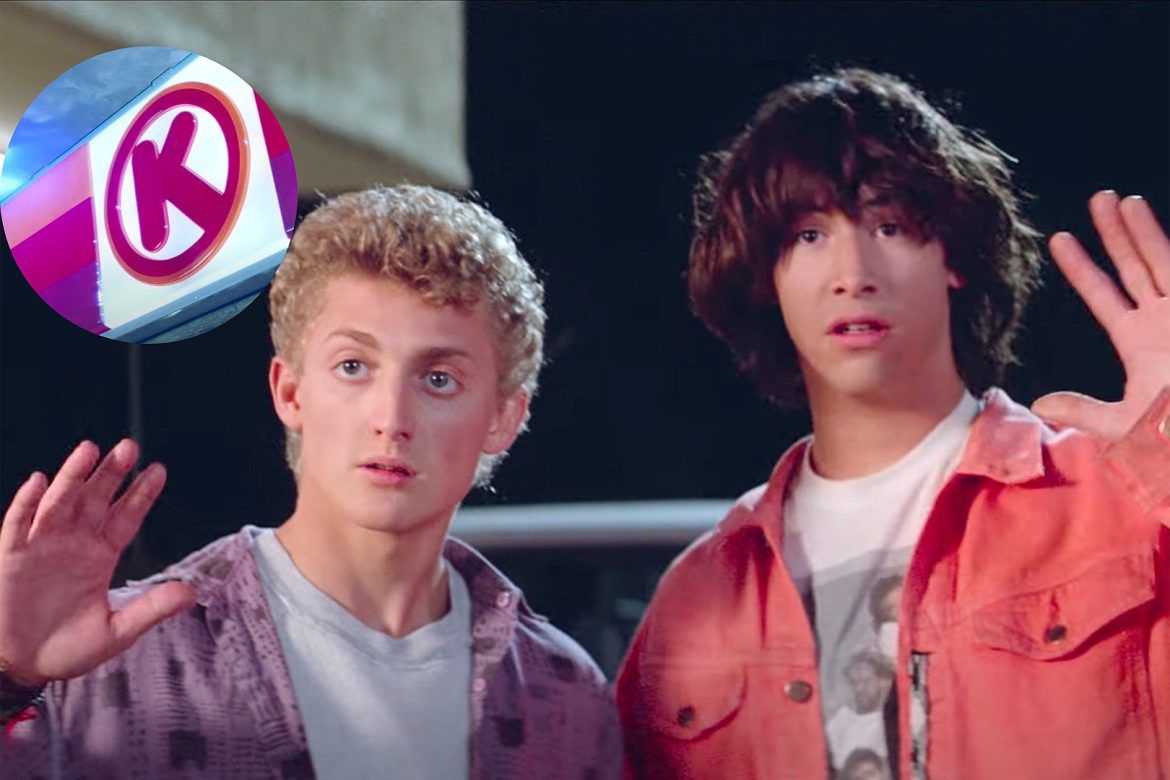 The location served as the introduction to a life-changing (in more ways than one) moment in Bill & Ted’s Excellent Adventure, but the Circle K convenience store featured in the film may soon be no more. According to the Hollywood Reporter, the actual store with the parking lot where the titular heroes start their time-traveling journey has shuttered its doors for the final time, but not without one final day of partying on.

In the pivotal scene, Bill (Alex Winter) and Ted (Keanu Reeves) are stressing about their history presentation in the parking lot of the Circle K when the sky opens up and Rufus (George Carlin) emerges from a phone booth presenting the high schoolers with a chance to travel through time to get the answers (and historical figures) needed to pass their final presentation. Upon seeing the phone booth’s ascent to the parking lot, Ted utters the famous line, “Strange things are afoot at the Circle K.”

The location of the actual market used in the film is 1010 West Southern in Tempe, Arizona, and earlier this year it was revealed that the longtime convenience store would soon be closing for good.

“The rumors aren’t bogus,” a Circle K statement read at the time. “We are planning to close our store at 1010 W. Southern Avenue in Tempe. It’s a location that has enjoyed some most triumphant times in its more than 30 years of serving the Tempe community. We know that the news will come across as non-non-heinous to many, but brace yourself, amigos. We have some bodacious plans for Circle K as we continue growing in Arizona and around the world, opening state-of-the-art new stores and launching exciting new programs, offers and experiences to help make our customers’ lives a little more excellent every day.” It has not been revealed what will replace the store at the location or if there will be a historical designation made for the venue.

That said, the final day of the store’s existence did not go without a proper send-off. Harkins Theatres actually held two parking lot screenings Wednesday night (May 19) of Bill & Ted’s Excellent Adventure with the film screened for fans. The screenings included a popcorn truck, ’80s tunes played prior to the screenings, a trivia competition and photo ops with the phone booth setting. Plus, “Bill” offered a special intro to fans ahead of the movie.

When alerted to the store’s closing via a fan on Twitter, Alex Winter, who played Bill in the film, quoted another of the film’s moments, “All we are….,” referring to the Kansas song “Dust in the Wind.”

The store officially closes today with the Arizona Republic reporting that the employees were relocated to other stores. In addition to the Circle K, other Tempe valley locations used in the film include the now shuttered Metrocenter Mall as well as the Golfland Sunsplash water park.