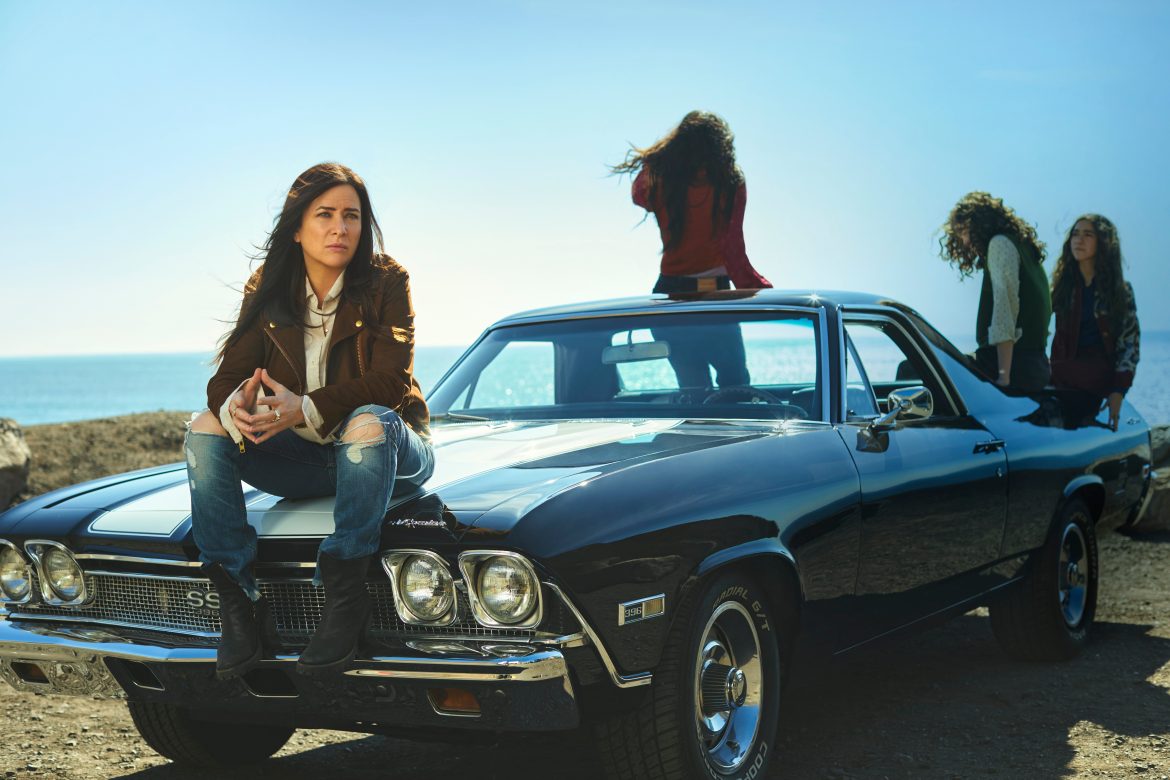 Better Things has always been a show with one hand held out, gently tugging you into a house where the doors don’t lock and the kitchen’s always going. There’s something warm and fragrant in the air; people are in and out, talking, laughing, crying, weathering life’s weirdness and tragedy with jokes and oodles of unconditional love. For five seasons, creator Pamela Adlon brought viewers into this world of autofiction, where her onscreen persona Sam Fox raised three unruly daughters, took care of old friends, and welcomed in new ones. On Monday night, Adlon brought the show to a close with a wink and a song—setting Sam on the open road, driving into a starry nighttime expanse.

The show has always covered multiple themes: motherhood, divorce, aging in Hollywood. It’s also frequently gone metaphysical, reaching for poetic motifs, like the season 4 obsession with rain, that shaped the quotidian into something divine. The start of season 5 was all about ancestry and rebirth, steadying the characters before they could walk into their respective futures. Sam and her brother learn all about their great-great-greats. Phil goes back to England to live a sparkly, brand new kind of life, and Max does, too, forming a generational link to her grandmother’s country. The past finds its way into the grooves of the present, and settles.

Even the finale’s credits played on this theme. For the first time, Adlon, who directed the episode, billed herself as “Pamela Segall Adlon,” in big, black letters. “Segall” is Adlon’s maiden name and her father’s last name. Its use evokes memories of the ways in which the show has tackled the ghost of Sam’s dad, whose showbiz know-how and big personality shaped and complicated her life. A heavy concept, dealt with a light touch. Better Things has always been great with ghosts.

As befits the show’s general vibe, there is a deeply engrained sense of hope and happiness in the finale, which has a loose, casually profound plot. Sam drives by her childhood home, later joking to Duke that she’s going to marry the guy who lives there and move back in. (A canny crack about the way a lesser version of Better Things might have ended.) Caroline comes by to give Sam a replacement for Beanie Boy, and they hug away their past feuds. “You are the essence of this family,” Caroline says, a tearjerker of a line that sums up Sam’s bighearted mission. “You keep it going.”

Later in the episode, Sam officiates Sunny and Jeff’s (second!) wedding ceremony. It’s a handy way to bring back as many of the show’s disparate supporting characters as possible, cramming them into one more special night at Sam’s place. The next night, Sam goes for a drive and the show does something unusual, breaking the fourth wall for a musical montage of all the characters singing “Always Look on the Bright Side of Life.” In Life of Brian, that sunny song takes on an ironic tenor, sung by Brian and a slew of other men as they die slow, painful deaths on crucifixes. It was a hit at the time, and has since gone on to become a beloved English classic. Separated from its original context, the irony falls away, but the heart remains. In the show, it’s yet another way for Adlon to hand the viewer another bowl of good feeling, an optimistic ear worm for them to hum hours after the show ended. (As I did, again and again.) As the song plays out, the closing shot is of the night sky, rendered magnificent by a wave of the aurora borealis, shooting stars, blinking lights, a distant dawn and alien curios—a nod to the episode’s unifying title, “We Are Not Alone.”

But as much as the show is about what Sam gives to others, the finale is also about what she gives herself. She is surrounded by people who remind her of her empathy and influence. “I like the way you live your life,” Duke tells her, a triumph after the baby of the Fox brood spent the season roiling in her terrible teenage years and pulling away from her mother. She recognizes Sam’s effort to be good and do good. Sam’s reward in the finale is a return to herself, untangling her narrative from any sense of connection to her job or former lovers or friends or daughters. She’s alone, but she’s whole, and she feels that deeply. On the phone with her mother in the final scene, she discovers the sensation in real-time. “I’m happy,” Sam tells her. “I’m happy. I’m happy.”

— The “Hot Mess” Duchess at the Center of a ’60s Sex Scandal
— Justice for Girls: Looking Back on the Show 10 Years Later
— The Johnny Depp–Amber Heard Trial: How Did It Come to This?
— Amanda Seyfried Wants to Reprise Her Role as Elizabeth Holmes
— How the Cast of This Is Us Won Equal Pay
— Will Smith Banned From the Oscars for 10 Years After the Slap
— Netflix’s The Ultimatum Offers a Sadistic Twist on Reality Romance
— From the Archive: How David Zaslav Became America’s King of Content
— Sign up for the “HWD Daily” newsletter for must-read industry and awards coverage—plus a special weekly edition of “Awards Insider.”