Arcade Fire Adds Fifth Top Rock Albums No. 1 With ‘We’

Arcade Fire‘s We becomes the band’s fifth total and consecutive No. 1 on Billboard‘s Top Rock Albums chart, launching atop the ranking dated May 21.

In the tracking week running May 6-12, We opened 32,000 equivalent album units, according to Luminate. The sum includes 26,000 units from album sales.

We concurrently starts at No. 1 on Top Alternative Albums, on which each of Arcade Fire’s LPs has also reigned dating to the list’s summer 2007 inception. The band first led the list with The Suburbs in 2010.

On the all-format Billboard 200, We premieres at No. 6, marking Arcade Fire’s fifth top 10. It also arrives as the group’s fourth No. 1 on Top Album Sales, a run that encompasses all the act’s full-lengths dating to The Suburbs. 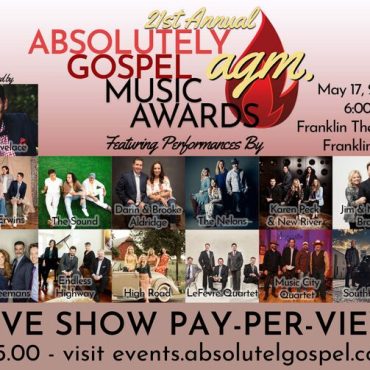 NASHVILLE, Tenn. – May 10, 2022 – Administrators of AbsolutelyGospel.com are proud to announce that the 21st Annual Absolutely Gospel Music Awards will be made available for those who are not available to make the live show via a pay-per-view format this year. “Times have changed since the pandemic, and unfortunately travel isn’t always an option for our regular attendees of the AGM Awards,” mentioned Chris Unthank, acting Editor-in-Chief of AbsolutelyGospel.com. […]