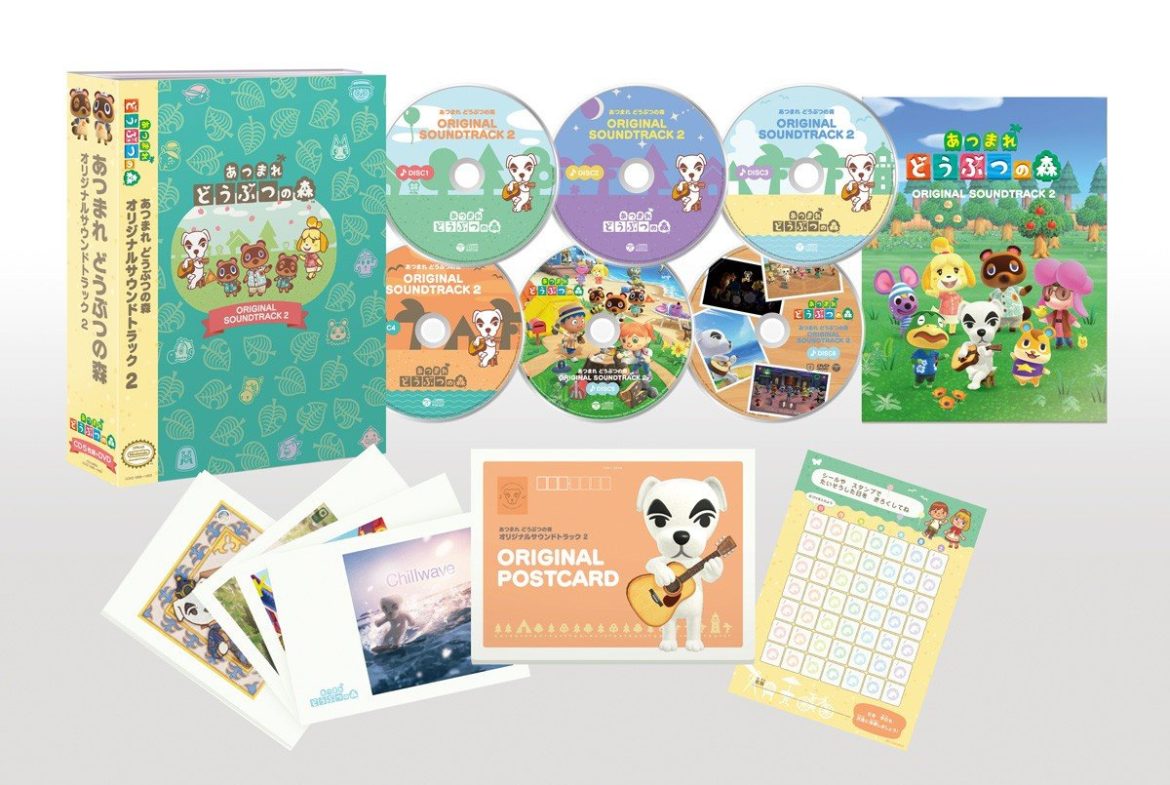 The Animal Crossing series has some of the most relaxing and downright lovely music in the entire video game industry. From soft, chill music to help you study to upbeat music that just puts you in the best mood, there’s something for everyone. Last year, for the series’ 20th anniversary, we got a beautiful 7-disc soundtrack to celebrate, and we’re now getting a follow-up.

On 22nd June, Nintendo will be releasing the Animal Crossing: New Horizons Original Soundtrack 2. This release features some of the music from last year’s collection, along with plenty of new additions right up until the 2.0 patch. That means the music from Happy Home Paradise won’t be included, but at least there are plenty of other cosy tunes to sit back and chill out to.

Priced at 7,480 yen, which is just over £45.00 or $57.00. The soundtrack contains five CDs with over 140 tracks. Some of the music is from last year’s original release, but the fifth disc contains all the music added in the updates.

There’s also a DVD that contains a K.K. Slider promotional video, along with some aerobics exercises that are based on the ones you can do outside of the town hall. How adorable! To go with this, there’s a little stamp card you can mark to say you’ve attended aerobics, and there are also 12 postcards you can send to your friends. Or keep and frame.

That’s not the only Animal Crossing music release, however. On 23rd November, last year’s K.K. Slider Music: Instrumental Collection is getting a vinyl rerelease, which will cost 4,620 yen — around £28.00 or $35.00. This keeps all 18 tracks from the original release while adding one brand new bonus track for diehard K.K. Slider fans. You can go and listen to a sample of that fresh new beat from the dog himself over on Nintendo Japan’s press release.

These are only planned to be available in Japan right now through the My Nintendo Store, Nintendo TOKYO, and many CD shops across the county. The special collection from last year was eventually added to Amazon US, however, and given New Horizon’s popularity, it’s hard to think it won’t eventually be available overseas.

Will you be grabbing this soundtrack collection or K.K. Slider’s vinyl? Let us know!