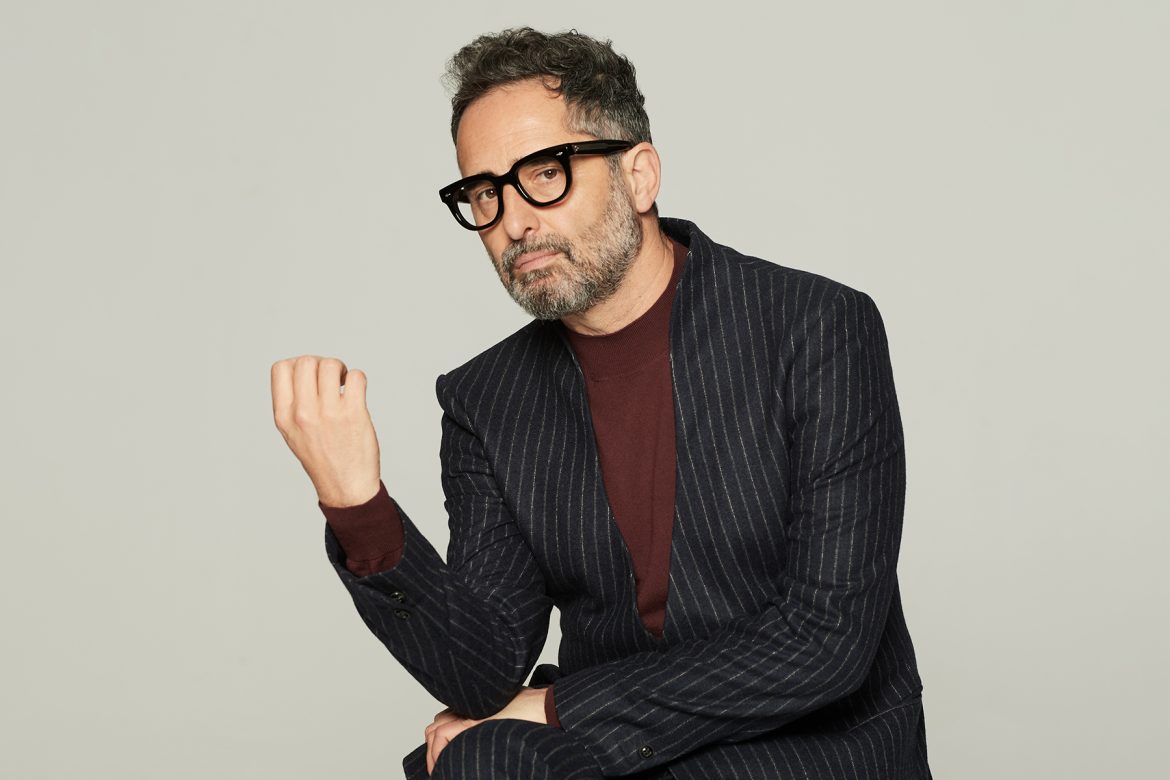 Early in the pandemic, when so many musicians were recording stripped-back albums that reflected the quiet interiority of lockdown living, the Uruguayan artist Jorge Drexler thought he could try the same thing, making music using only the tools he had at his fingertips. “So many of us enclosed ourselves in our immediate worlds, with their guitars and our laptops,” Drexler says on a recent call from Spain. “There have been so many records made in a bedroom with whatever artists had at their disposal, so just a guitar, their voice, and a computer.”

But the longer the pandemic droned on, with days stretching into years, the more Drexler missed the musical world he couldn’t have. He missed rooms filled with friends and instruments. He missed collaborating in person. He missed big orchestral sounds. “I said, ‘Screw it. I want to make something with all the instruments in the world,’” he says with a laugh. He started composing songs that were complex and whole-hearted, filled with rich, ebullient arrangements. “I wanted the album to sound abundant. There was so little contact with other people and musicians, so I said, ‘I want everything’ — many voices, choruses, bass, percussion, an entire orchestra.”

The final product is Tinta y Tiempo, a sublime peak in Drexler’s 30-year career. Something about the artist — maybe his narrative approach to songwriting or his nomadic explorations of Latin American folk sounds — has always made him feel like a living troubadour in the present day. Drexler studied medicine and was well on his way to becoming an ear, nose, and throat specialist when music pulled him in, leading him down a path that’s now included working with Caetano Veloso, Shakira, and Carlinhos Brown, winning multiple Latin Grammys, and becoming the first Uruguayan to win an Oscar for his song “Al Otro Lado del Río” from the film The Motorcycle Diaries.

Drexler says that he’s still searching for ways to rediscover the world and keep his creative process feeling new, something the album celebrates through songs such as the bright highlight “Cinturón Blanco.” “It’s not just a song about romance, but about maintaining a sense of surprise in long-term love,” he says. “There are a lot of songs about falling in love out there, but not so many about what happens to love over the years and across time.” It captures how, despite the bleakness of the pandemic, Tinta y Tiempo turned into a stirring ode to love and human connection.

You’ve said that this is one of the hardest albums you’ve ever made and that at one point, you thought you’d never finish it. What was the creative process like for an album so difficult?
I’ve had a 30-year career, which is a long time, but there are many songs on this album that talk about starting anew. “Cinturón Blanco,” for example, is about maintaining a sense of surprise and constantly rediscovering the world. I always like to approach every album as though it’s my first one, and when you start every project this way,  there’s always this moment where you feel lost, like you really are doing things for the first time.

All of that was exacerbated by the pandemic, which was a time of complete uncertainty. It made me lose my way, I couldn’t figure out which way was north. My reference points had always come from playing my music for other people — whether it was a live audience, my friends, my family, there had always been someone I could show my songs to in order to finish them and understand them more intimately. But because we were apart during the pandemic, it was like these songs never found a structure. I had so many written, but I couldn’t finish them — I’d always get like 80 percent through them and couldn’t tie up the last 20 percent. So, at one point, I thought I’d never finish the album. But once the world started opening up again, I started recognizing the terrain again. I can tell you sincerely that this is a project I’m really proud of. We’re rehearsing right now and I’m discovering these songs even more deeply, and I’m happy with them.

How did you feel the heaviness of Covid-19 and the pandemic world affected you creatively and personally?
I read an article in The New York Times that used the word “languishing” — like, it’s not a state of absolute depression or sadness, but a kind of stagnation. That happened to me a lot when I was composing, but also at a personal level. There was also a lot of fear because we all got Covid really early on, and there weren’t even hospitals we could go to — the hospitals in Spain were overloaded. But none of us got it too severely.

While the pandemic made it hard to connect with people in person, there are a lot of collaborations on this album.
With Noga Erez and Rubén Blades, the collaborations were all at a distance because it was impossible to travel. When you’re going through something like a pandemic that we’ve never lived through before, your first impulse as a songwriter is to say, “I’m going to tell this story — the fear, the uncertainty, the masks, the distance, the screens.” And I did write a lot of songs about that, but partway through, I realized there was an end in sight, and I didn’t want bring all of that with me. The pandemic wasn’t going to last forever. Funny enough, the day we start our tour is the day the mask mandate ends in Spain. I started writing about the other thing that happened during the pandemic, which is that we learned to value a bunch of things we took for granted: a hug from a friend, closeness, being able to sing in the same room with someone. So the album has a collaborative spirit that is celebratory and embraces all these things.

I didn’t want to describe what I was living through, but what I missed. I was remembering a world full of contact, which you can hear on a song like “Tocarte” with [C. Tangana]. The theme of physical contact runs through the album almost obsessively, starting with “El Plan Maestro,” which outlines the origin of love, with two cells crashing into each other years ago. I opened with that song because it felt like I was going, “Once upon a time.” It was also important to have Rubén Blades on that song because it’s a Panamanian décima, a folk style made up of 10 verses that’s popular throughout Latin America. It’s something I did a TED Talk about. I said to Rubén, ‘Would you want to perform a décima on the album?” it was actually written by my cousin who’s an astrophysicist, and Rubén loved the idea.

There’s also so much story-telling on the album. What inspired you narratively?
There’s a book that I thought about a lot called Homo Deus by Yuval Noah Harari, the Israeli thinker who also wrote Sapiens. There’s a part in the book about free will, and it’s what inspired “¡Oh, Algoritmo!,” which is why I wanted Noga Erez on it. I was reading a lot during this time; it’s been a time for introspection and reflection. Funny enough, what I didn’t do is play guitar. I had come from so much touring and playing that all I wanted to do was sit in my house with children and my wife.

A lot of the stories are about major life transitions — I thought a lot about the experience of becoming a parent, especially on “El Día que Estrenaste el Mundo.”
That songs talks about that first photo everyone has, taken at the hospital and then tucked away somewhere. It was inspired by a friend who sent me a picture of his newborn daughter, and I remembered my own photo, the one I think we all have in our closets somewhere. It’s a peculiar photo because it’s one of the few moments in life that we have fully documented: Ten minutes before it was taken, before the child was born, you were one person. Ten minutes later, they hand you the child, and you instantly become another person. You can prepare for that moment and they can tell you all about what it will be like, but it’s a huge transformation. I thought a lot about how life evolves and the kids move from home, and you eventually find refuge in photos like that.

When you’re a songwriter, you write about the things you know. Music in Spanish is so often monopolized by love or desire, and that’s great, but there are other forms of it to talk about. This is about love, but it’s not about initial romance or infatuation. It talks about all kinds of love — familial love, love toward a profession, the love of a parent, the idea of how love came to be. It’s about the reality of being a human.

Tagged as ‘All, Instruments.