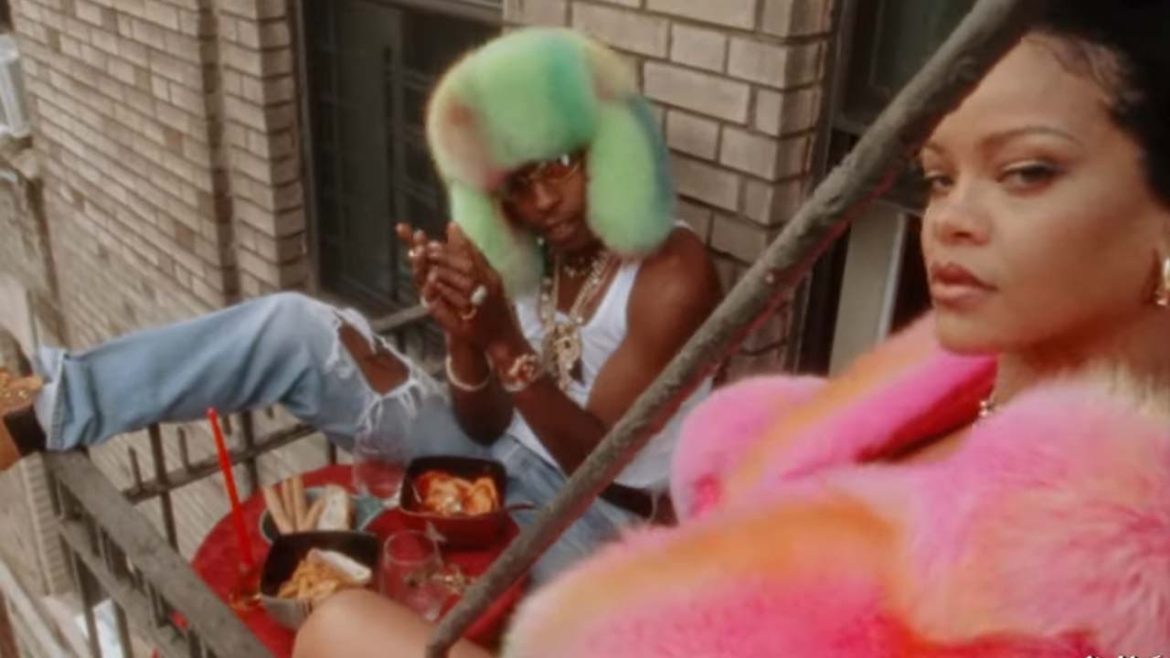 A$AP Rocky marked his mighty return after two years with a new single “Dats My Bitch” and an accompanying NY-style video.  But it is his unique marriage proposal to Rihanna within the video – and her reply – that has everyone hyped and happy for the perfect pair. 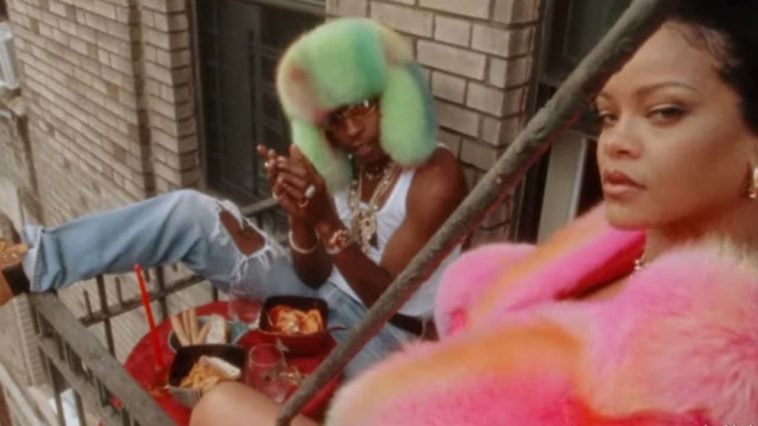 A$AP Rocky released his song “DMB” to streaming platforms today, alongside a music video that already has social media up in arms.  The NY rapper has used the video to officially propose to his beau and the mother of his child, Rihanna.  And everyone is here for the new nuptials!

The video takes place in the streets of NY with the power couple doing all the things that hood folks do – hanging on fire escapes and smoking Ls.  Then came THE moment at the 3:03 mark – A$AP wears custom grills emblazoned with “Marry Me?” and grins. Rihanna snaps back a smile rocking her own set of custom grills emblazoned with “I Do” in diamonds.

The couple then proceeds to have a “wedding” as A$AP and Rihanna walk down a hallway being showered with flowers.

This “announcement” comes at an interesting time for the couple with made-up rumors of infidelity that the couple immediately shut down.  On top of that, Rihanna is heavily pregnant and past or very close to her due date for their first child.

Despite the child’s birth being just around the corner, Rocky and Rih have both been #OUTSIDE in the past few weeks, with Rihanna sighted supporting her boo at his performance at the Smokers Club Music Festival last weekend in California and at Dave Chapelle’s Netflix comedy show earlier this week.

One place they surprisingly weren’t spotted at was this week’s Met Gala, where, in true legend fashion, Rihanna opted to have a statue of her Vogue cover shoot photo at the Met as a placeholder.