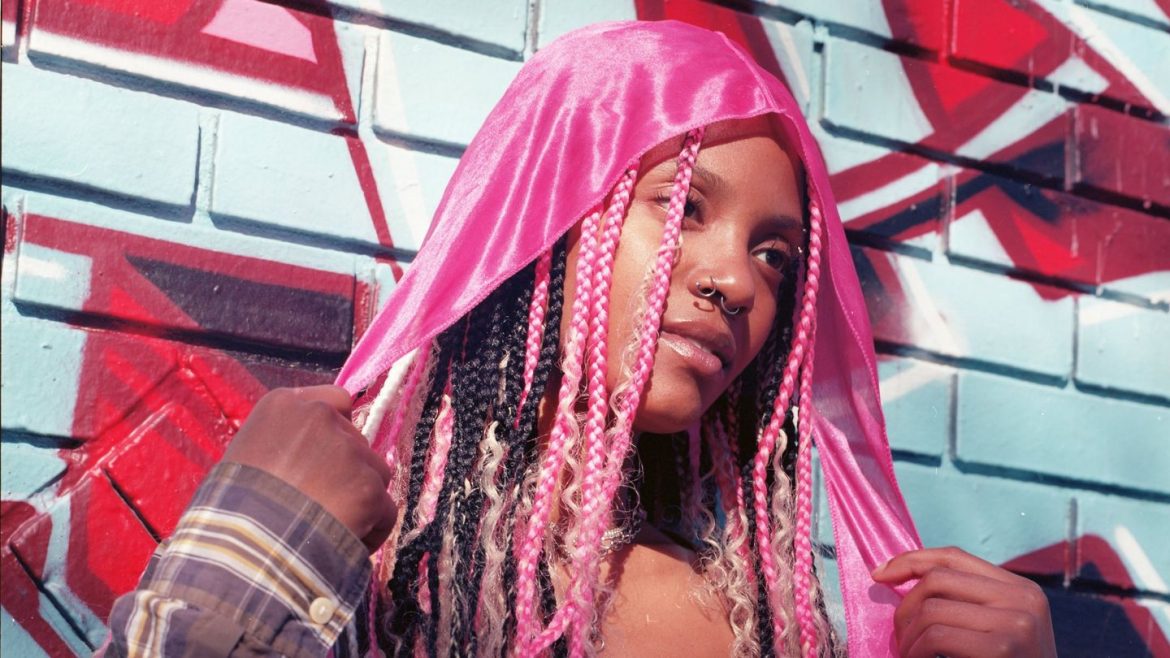 The experience of coming of age is often captured in art and popular culture. Tales of teen heartbreak, unpredictable change, and finding yourself attempt to mine our collective pangs of adolescence or feelings of nostalgia. But in 21-year-old Mercury‘s latest project, Tabula Rasa, the Atlanta-based rapper doesn’t need to try. The album strikes on a visceral level, each song expressing the elastic emotions of growing up.

Antithetical to its Latin translation of “blank slate,” Tabula Rasa isn’t meant to serve as a new beginning for Mercury. At the top of 2021, “Slob on My Kat,” Mercury’s raunchy and booty-bouncing response to Tear da Club Up Thugs and Three 6 Mafia’s “Slob on My Knob,” was named Pitchfork’s must-hear rap song of the day. Eight months later, she released her trap-centric debut album MERCTAPE. After only making music for two years, multiple tracks on the record saw over 100,000 Spotify streams on a song, starting with “Cacti.”

But these achievements haven’t impeded Mercury’s effortlessly down-to-earth aura. She takes her moniker from Kodansha Comics’s magical girl Sailor Mercury, an extremely shy junior-high student who becomes a guardian of the solar system after forming a foundation with the rest of the Sailor Scouts. Her own story followed a similar trajectory: In 2018, a year before she started rapping, she discovered a home in the skateboarding community. “I kept very much to myself,” Mercury says. “As I started making music and started skateboarding, I started blossoming more, coming out of my shell, and being more confident.” Her support system is still holding strong; two of her friends sit behind her during our Zoom conversation, sporadically chiming in with laughter.

As Mercury hones her skills in the male-dominated skate and rap games, she handles the challenges of gatekeeping and competitiveness with verve, using any hurdle as fuel for success. “Being a woman, you have to do more just to prove yourself,” she says. “If you let what they say get to you, you’re not gonna do nothing. And it just pushes me to go harder because I just want to be better than the boys.” What individuates Mercury isn’t her slick swagger crowned with erratic hair color changes, her tongue-in-cheek wit and raw Twitter grit, or even her poignant lyrics atop unpredictable production styles, it’s the no-bullshit attitude that manifests in everything she does.

With Tabula Rasa, she hopes to inspire others to have the same outlook. Whether she’s spitting facts about volatile romantic relationships in “Running Round,” getting real about mental health in “On My Mind,” or feeling herself in “As It Gets,” Mercury holds no prisoners and tells it like it is. “I want others to feel like they can just do what they fucking want,” she insists. “Just keep doing what you feel is right in your life. That’s how I feel making this. All the songs are basically timestamps of what I’m going through with my life.” She adds, “I want people to feel growth when they listen to this album. Just go through shit and keep moving forward-type shit.”

While Mercury stays true to her Atlanta trap roots in the record, she also plays around with other kinds of beats. A pulsating drum pattern provides a frantic yet dynamic energy boost to the lead single, “Running Round,” which she describes as a song “about me being fed up with being in dumb relationships and just over it.” Inspired by “Time Is Hardcore” by the Welsh producer High Contrast, the rapper’s affinity for dance music penetrates the track. She’s listened to electronic artists like Foreign Beggars, Skrillex, and Deadmau5 since she was 12 years old. And before Merc was a rapper, she was — and still is — a DJ, so rapping over a drum-and-bass beat isn’t totally out of character.

The playful tune arrived with a music video that featured comic book-style graphics spliced with live-action scenes, which Mercury directed and executed with videographer Salim Garcia and animator Harrison Wyrick. The clip portrays real-life couples fighting in juxtaposition with an over-the-top cartoon character wandering aimlessly in a colorful, monster-filled maze. “[My videos are] my ideas coming into fruition and getting more tapped into what I feel with my music, how I want it to be presented to the world, how it makes me feel, and how it makes other people feel,” she explains.

Plus, Mercury is no stranger to the star-making power of a good music video. In December 2020, she starred in Rico Nasty’s rowdy “STFU” visual. Nasty personally asked the emcee to appear in the video, and Merc credits the fiery girls-against-boys fight flick with turning the industry’s eye toward her. Soon, Mercury would go on to sell out a headlining hometown show, snag that Pitchfork nod, and drop her debut project.

When MERCTAPE came out, she had no doubt it would do it well. And although the eager response from fans to the March announcement of Tabula Rasa was even wilder, Mercury doesn’t give in to the pressure, maintaining an earnest self-confidence instead. “Every song on there is honestly a bop to me,” she says. “This is not like anything that I be hearing from anyone else. It’s just a project I felt really good making and it just feels good even listening to it.” She keeps her own songs on heavy rotation at home. “I just play it all the time, and still, I’m not tired of it,” she says. “I feel like once this is out, this is gonna be the jumpstart of everything for me because I got some, like, really good songs on here. So I hope y’all think that, but [also] I just know that shit.”

Along with Tabula Rasa, Mercury is now coming off her first supporting tour with MIKE and Na-Kel Smith. When speaking with her before the first date, she couldn’t hold back her enthusiasm. “[MIKE] is so cool. He supports me,” she notes. “When I came to New York, the gang came out to support me for the pop-up. It’s just good vibes. So I’m just excited and everybody makes super sick-ass music. So I just feel like it’s gonna be a fun time.”

With the come-up just in reaching distance for Mercury, her magnetic personality and self-aware composure compel listeners to believe in her just as much as she believes in herself. After years of growing up in spaces where she didn’t see many other girls who looked like her, Mercury is finally creating a blueprint to urge other young people to also come into their own, on their own terms. In the uplifting song “Chit Chat,” she spits, “I’m gonna do more than succeed / My goal is beyond what I see.” And now, she openly manifests, “I just want to get to the point where I can survive off of this music shit. Just living like I want off of music shit, having fun, and being able to bring my friends with me, too.”