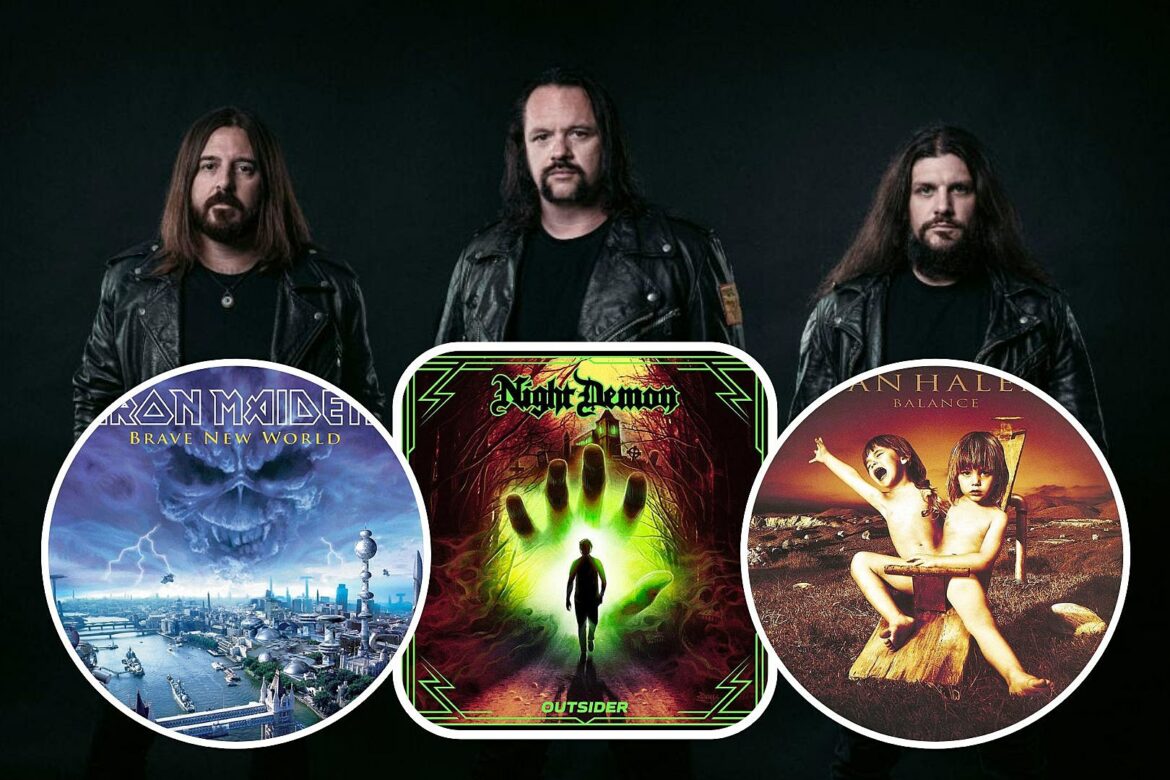 For just over a decade, Night Demon, led by denim ‘n’ leather faithful Jarvis Leatherby (vocals, bass) have been preserving heavy metal’s old ways as a more than formidable power trio. This is precisely why we invited Leatherby to chat a bit about the old school’s new school with his picks for the 10 Best Late Career Albums by Classic Metal Bands.

For Leatherby, traditional metal is a way of life as he also serves as the bassist in the classic doom band Cirith Ungol and even sang for New Wave of British Heavy Metal underground heroes Jaguar for a spell (2016-2020). But wait, there’s more! He wears a manager hat as well, with NWOBHM icons Satan within his ranks.

What this all says is the dude is beyond qualified to dig through classic bands’ catalogs to uncover their finest work pretty deep into their careers.

Meanwhile, Leatherby still has a way to go before him and Night Demon are of this sort of vintage, but they’ll get a bit closer when ‘Outsider,’ their third album and first on Century Media, drops on March 17. Be sure to check out the video for the excellent title track further below.

Just like many metal music fans out there know, it’s often regarded that great band’s early work is, nine times out of 10, their best.

I often ask myself why that is. When musicians play for longer and gain more experience, shouldn’t they also become better songwriters? You would think, right?!

I can honestly say that when my band Night Demon started, we had zero pressure to release any music because nobody knew or cared who we were. I think the no-pressure situation lends itself to creativity beyond time and boundaries. I still say the first stuff we did was some of our best and most innocent.

Without going down the rabbit hole of possibilities as to why this seems to happen to most “successful” artists, let’s take a more positive approach! Here are 10 late career albums by great bands where I felt they took that greatness back and, in some cases, achieved even higher levels of creativity.